John Lewis Partnership has appointed Nina Bhatia as the executive director of strategy and commercial development, as part of the newly formed Future Partnership executive team.

She will join office on February 17 and will report directly to chair Sharon White.

Bhatia was formerly the managing director of Hive – a connected home business – before serving as a partner at McKinsey & Co.

“I am delighted to be joining the partnership. The business’s purpose and its two incredibly strong brands resonate strongly with me,” Bhatia said.

“Working with partners across the business, I look forward to developing a strategy for the partnership that is relevant to our customers, is built on trust and delivers commercial value.”

White was the chief executive of Ofcom for five years before joining John Lewis Partnership this week – at a time when the business has seen a growing list of senior management departures.

John Lewis’ customer director Craig Inglis became the latest exec to announce his resignation, less than a month after John Lewis managing director Paula Nickolds revealed she would also be leaving the department store chain after 25 years in the business.

Nickolds’ surprise departure came in the wake of a tough Christmas. While like-for-like sales at Waitrose by 0.4 per cent, John Lewis’ sales dropped by two per cent.

The partnership is facing one of the most challenging periods in its 90-year history, and last week it released its last ever weekly update as part of a restructuring plan that will see sales and profits combine for John Lewis and its stablemate Waitrose.

Moreover, White gave her maiden speech as chair at a meeting of the employee-owned group’s council, held at one of its staff retreats, the Odney Club in Berkshire on Tuesday.

Outgoing chairman Sir Charlie Mayfield also spoke at the event which was attended by around 200 staff. 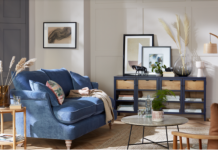