Criminals have been encouraged to target shops due to the government’s apparent failure to treat retail offences seriously, ministers have been warned.

Conservative MP Laurence Robertson highlighted concerns of shopkeepers as he urged the Ministry of Justice and Home Office to make sure it is regarded as a serious matter.

He also questioned what steps ministers were taking to increase the length of sentences for people convicted of retail crime.

Home Office minister Chris Philp said he expected the issue to be one of the areas police forces focus on as their officer numbers increase.

Speaking in the Commons, Philp told MPs: “Shops are the lifeblood of our local communities and they should be free to go about their business without fear.”

He added shoplifting has a maximum sentence of seven years.

Robertson then said: “Can he assure me that not only his own department but the Home Office as well take retail crime, and particularly shop crime, seriously because there is a feeling within the trade that what is sometimes referred to as low-level crime is not taken seriously at all – which does, of course, just encourage it.”

Philp replied: “I think one of the things the extra 20,000 police officers will be focusing on is exactly the issue you have referred to, making sure our shopkeepers are kept safe – and where crimes are committed against them, those are thoroughly investigated and prosecuted.”

The MPs’ comments in Westminster come amid growing evidence of increasing incidences of crime on retail premises around the country.

In the weeks leading up to the General Election before Christmas, the BRC launched a retail manifesto to call on the current government to safeguard shopworkers by bringing forward legislation to protect them from increasing attacks in the workplace.

Research from the BRC also found that retail violence had surged, with 115 workers attacked every day as retailers spent over £1 billion on crime prevention in the past year.

Separate research from workers’ union Usdaw found that violence against retail shop floor staff had increased by over 25 per cent in the last year, while 42 per cent of shopworkers have never seen a patrolling police officer inside their shops.

Additional and more recent research from Usdaw found that 100,000 shop workers had been assaulted since a government consultation on violence and abuse towards retail staff took place last year.

Just last week, analysis of police data by Checkpoint Systems revealed that UK retailers recorded 359,156 incidents of shoplifting in 2019, which equated to almost 1000 per day.

More than half – 52 per cent – of them reportedly go unpunished, and in 20 per cent of crimes no suspect is identified and 12 per cent of the time police forces are unable to prosecute suspects. 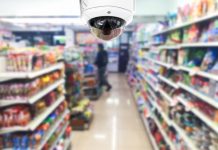 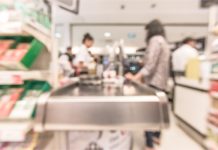 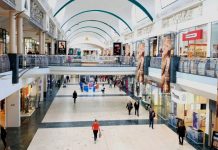 Retail insolvencies increase 7% in a year

Retail sales bounce back at record rate in May