// Kingfisher loses its place in the FTSE 100

B&Q and Screwfix parent company Kingfisher has been relegated from the FTSE 100 following a quarterly reshuffle of the sought-after stock market ranking.

The news comes after a tough trading period for the group, which has so far seen new chief executive Thierry Garnier attempting to revitalise the company.

Under the helm of former boss Véronique Laury, the group undertook its One Kingfisher strategy, which saw it drive synergies between its stable of UK and European businesses.

The strategy was launched in a bid to record a £500 million annual profit uplift for the group once it had been completed.

However, upon Laury’s departure, Kingfisher said the strategy “no longer reflected the way the company is managed”. 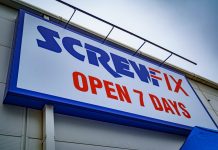