// He reportedly leaving within months, with headhunter Spencer Stuart drafted in to secure a successor

Debenhams chief executive Stefaan Vansteenkiste is set to resign after less than a year as leader of the retailer.

According to Sky News, Vansteenkiste is set to step down within months and headhunter Spencer Stuart has been hired to find his successor.

Vansteenkiste will reportedly leave the department store after being appointed chief executive in August on an interim basis.

A corporate turnaround specialist himself, Vansteenkiste first joined Debenhams in April last year as chief restructuring officer, soon after the retailer was bought out of administration by a consortium of lenders known as Celine.

Vansteenkiste was hired to steer Debenhams’ CVA – which was launched shortly after it was bought out of administration – and was promoted to chief executive in the wake of executive chairman Terry Duddy resigning in August.

Debenhams declined to comment on the news of Vansteenkiste stepping down when contacted by the Retail Gazette.

News of his impending departure from the retailer comes as Debenhams confirmed that all relevant procedural matters dealt with at a CVA legal challenge hearing in February had concluded in its favour.

The legal challenge pertained to an appeal brought forward by the Combined Property Control Group (CPC), after their initial challenge was rejected by the High Court in September.

CPC, which owns six properties let by Debenhams, had alleged it was being treated unfairly as a creditor for the department store chain.

Debenhams said that the time period for any appeal to be lodged has now expired, which means the entirety of the CVA challenge process has come to an end.

It also means the its CVA remains effective, and Debenhams can continue with closing 50 of its 166 stores and secure rent cuts on others in the months to come.

In January, it completed its first tranche of store closures with around 20 sites shutting down around the country.

Debenhams also said the conclusion of the legal challenge will allow its shareholders to proceed with the final phase of its debt restructuring in due course.

This is expected to take the form of a Scheme of Arrangement, resulting in the conversion of at least £100 million of debt to equity. 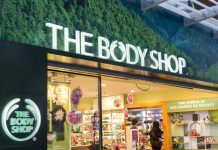