“We’re not a yachting brand by any stretch of imagination but you can tell Crew Clothing was created by somebody who was pretty keen on it.”

Crew Clothing chief executive David Butler may have cracked a joke when explaining the fashion retailer’s history, but he’s not far from the truth.  After all, the 83-stores strong chain is known for its nautical-inspired fashion, and a big chunk of its sales derive from coastal towns across the UK.

Since he took the helm three years ago, Butler said Crew Clothing has become “a completely different company” than it was before.

“Crew Clothing was private equity-owned for about 12 or 13 years prior to when we bought it out in 2017,” he told Retail Gazette in an interview shortly before the coronavirus pandemic.

“We’ve then taken it private, which allows us to operate much more nimbly, we can be much more agile in how we operate, invest, and test things because we don’t have the constraints that the previous teams had.

“The structure is now completely different. The management team has changed. We’ve got a very high calibre management team in place from very varied backgrounds and different brand experiences, both international and in the UK.”

Butler added that one of his first jobs at Crew Clothing involved looking at how to tailor the retailer’s proposition, product, and marketing in a bid to stay relevant to local consumers.

“We do not have a one-size-fits-all approach to anything within the business because I don’t believe that’s what customers want in this current climate,” he said.

Butler argued that consumers of today are fickle, and no matter what products a retailer sells, it must work extra hard to maintain customer loyalty.

“Stores aren’t particularly a sexy topic to talk about, but 50 per cent of our interaction with customers comes through the shop, so the relationship we have with our store managers we make sure that gets conveyed through to the customers,” he said.

Even before the coronavirus outbreak escalated into an economic crisis, the UK’s retail sector had already been struggling. To begin with, the BRC reported the worst year for retail in 25 years after a rapid sales decline and many retailers have had to close down unprofitable stores. But shuttering unprofitable stores was nothing new for Crew Clothing, becoming one of the hallmarks of Butler’s business strategy since he joined the retailer.

“50% of our customer interaction is via stores”

“We’ve exited some of our loss-making stores so our whole store estate is now completely profitable,” he said.

“We had three unprofitable stores – two of which we’ve now exited and one we relocated.”

Feedback was also a crucial part of discovering which stores would remain open amid the challenging retail climate.

“Retail is not an easy sector to operate in at the moment but we are doing particularly well,” Butler boasted.

The chief executive is now seeking to expand Crew Clothing internationally. He told Retail Gazette about plans to break into Western European markets likes Germany, The Netherlands, and Belgium, and go as far as Australia.

“We’ve analysed the markets that could be relevant to us,” Butler explained.

“We’re going to further develop our representation in Ireland and we’re also in discussions with partners in the Middle East.”

His ambitions for international expansion can be traced back to his previous retail experience where he’d taken drastic decisions to expand store networks globally.

Although Butler started his retail career as BHS’s senior store manager in 1999, it was his stint with Ecco in 2010 where he got a taste for international growth as the Danish shoe retailer’s managing director.

“BHS gave me a very thorough and detailed understanding of the real day to day realities of retail operations,” he recalled.

“I used to run stores, I used to run regions. I was travelling around the country doing visits and opening new stores.

“But at Ecco, I was able to take the business international. I ran the European business and although it’s a Danish company, the entity that I created was based in Switzerland, and then we ended up operating in 17 countries.

“It was at Ecco that I learnt that the way that customers shop in the UK is very different to the way they shop in Czechoslovakia or Romania or Finland. So you have to adapt accordingly.”

Like many other retailers, Crew Clothing admittedly relies on customer and staff feedback, and Butler said one of the challenges he faces is trying to keep transformations reflective of what customers want.

To achieve this, Crew Clothing holds focus groups of around 2500 to 3500 customers on a monthly basis to gauge their opinion on various things.

“We have circa 1.3-1.4 million customers that we have on our database, and we can try and sort of laser in on different cohorts of those customers to ask them questions,” Butler said.

“That just allows us to build up a whole pot of data.”

While social media has also proved helpful in the past, Butler admitted it can be blunt at times. Nonetheless, he said it helps the retailer learn from mistakes by adjusting either how it operates, structures or sources items.

“If we try a promotional, we do some messaging on the website and then we can learn from the reaction that we get,” he reflected.

“In terms of products, you can’t keep chopping and changing all the time because that’s just not an efficient way to run a company, but you do what you can.

“We do glean trends from it and then from there we can take customer feedback and that forms the strategy for the next season.”

Butler said the partnerships were struck not just because they were high profile events, but also because the events are held where Crew Clothing customers spend their social time.

“If we can be relevant to them in some small aspect then that helps build some brand loyalty for the future seasons that we’ve got coming,” he said.

“One of the weaknesses, or one of the criticisms of the previous owners and management of Crew Clothing is that they’ve never really tried to develop or leverage the brand, its integrity and its profile within the UK and the markets within which it operated.”

Some of the upcoming initiatives by Crew Clothing includes launching a kids collection as well as growing wholesale and international operations.

While these plans are confirmed, Butler also hopes to diversify the brand’s collections by launching homeware, gifting and lounge wear categories.

“There’s potential in the future to go into other categories. I think we can certainly build further on the collections that we’ve got already,” he said.

“We’re going to continue to heavily invest in our ecommerce platform. There’s still an awful lot of headroom for the brand without decrying what we’ve done.

“All we’ve really done is repositioned it where it should have been from the previous years of ownership.” 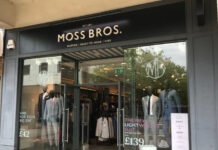 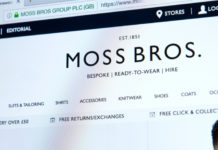