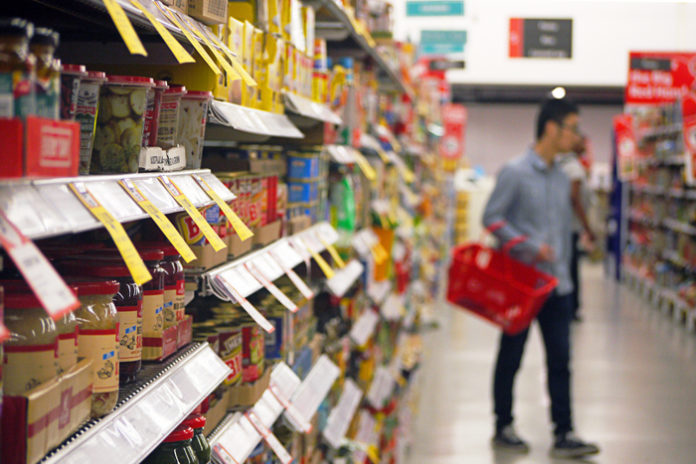 Shoppers saw the price of goods fall further in March on the back of slowing food inflation, although experts have warned that the impact of coronavirus could push prices higher.

The figure, which was taken in the first week of March, was driven by a significant slowdown in food inflation.

Overall food prices rose by 1.1 per cent, down from 1.6 per cent growth in the previous month.

Meanwhile, non-food prices fell by 1.9 per cent in March, marking the highest rate of decline since May 2018.

“The weak demand for many goods and services means non-food retailers continued to battle hard for consumer spending by keeping prices down wherever possible,” Nielsen head of retailer Mike Watkins said.

“And across supermarkets, the recent upwards pressure on food prices slowed a little in March, with a slowdown in the rate of inflation in both ambient and fresh foods.”

“Food prices, particularly of fresh produce, may be impacted by higher costs on seasonal farm labour, while non-food prices will be pushed down by lower demand,” she said.

“It is likely that the combination of future economic uncertainty and job losses, whether realised or potential, will drive people to reconsider their spending patterns and to save more.

“As a result, it is vital the government monitors the situation carefully and is ready to continue taking bold action where necessary to support jobs and businesses.”