// The acquisition will be made for an initial consideration of £269.8m

Boohoo has acquired a minority 34 per cent stake in PrettyLittleThing, meaning it now owns it in its entirety.

The online fashion retailer said the acquisition, which will be made for an initial consideration of £269.8 million, will drive further growth.

Boohoo added that it would retain a strong balance sheet “in order to take advantage of numerous M&A opportunities that are likely to emerge in the global fashion industry over the coming months”.

Boohoo’s share price dropped by 12 per cent on Wednesday after a 53-page report by activist investor ShadowFall alleged that the retailer had overstated its free cash flow by 65 per cent.

Boohoo said it “strongly refutes the allegations made in the research note” by the hedge fund.

ShadowFall’s note also claimed that the cost of buying out PrettyLittleThing could reach £1 billion – which Boohoo dismissed.

Despite raising £200 million in a share placing earlier this month to fuel takeover bids of other fashion retailers, Boohoo said its upfront cash payment for PrettyLittleThing is being funded from the £240.7 million of net cash it had on its balance sheet in February.

Meanwhile, no changes will be made to PrettyLittleThing’s senior management team following the acquisition.

PrettyLittleThing was founded by Umar Kamani, who is the son of Boohoo chair and co-founder Mahmud Kamani.

Booohoo chief executive John Lyttle said: “We are delighted to be acquiring the remaining 34 per cent stake in PrettyLittleThing.

“It has been a brand that has delivered strong growth as part of the Boohoo group’s platform, and has a great future ahead of it in the UK and overseas.

“I look forward to building on the great working relationship with Umar and the senior team at PrettyLittleThing as the group continues to move forwards with its multi-brand strategy as part of its vision to lead the fashion ecommerce market globally.”

PrettyLittleThing founder Umar Kamani said: “This deal represents another milestone in our journey. Since being a disruptive start-up in 2012 to a global fashion brand that generates over half a billion pounds in sales today, I am incredibly proud of what my team and I have achieved in such a short period of time.”

“The team and myself have big ambitions for the brand, and I’m incredibly excited about what the future holds for PrettyLittleThing as it embarks on the next stage of its global journey as a fully-owned part of the Boohoo group.” 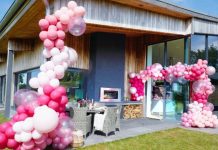 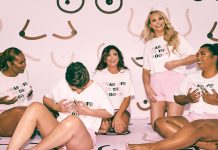 PrettyLittleThing teams up with CoppaFeel for breast cancer awareness month