// UK consumer confidence decreases by one point to -34, according to GfK

// People were less downbeat about their personal financial situation over the next 12 months, improving from -11 to -9

// Expectations for the economy in the next 12 months deteriorated, moving from -53 to -54.

Consumer confidence in the UK remains “battered and bruised” despite the easing of some lockdown restrictions and is set to remain fragile for some time, according to an index.

This indicated a deterioration in consumer sentiment, compared with an overall score of -33 in findings published two weeks earlier. 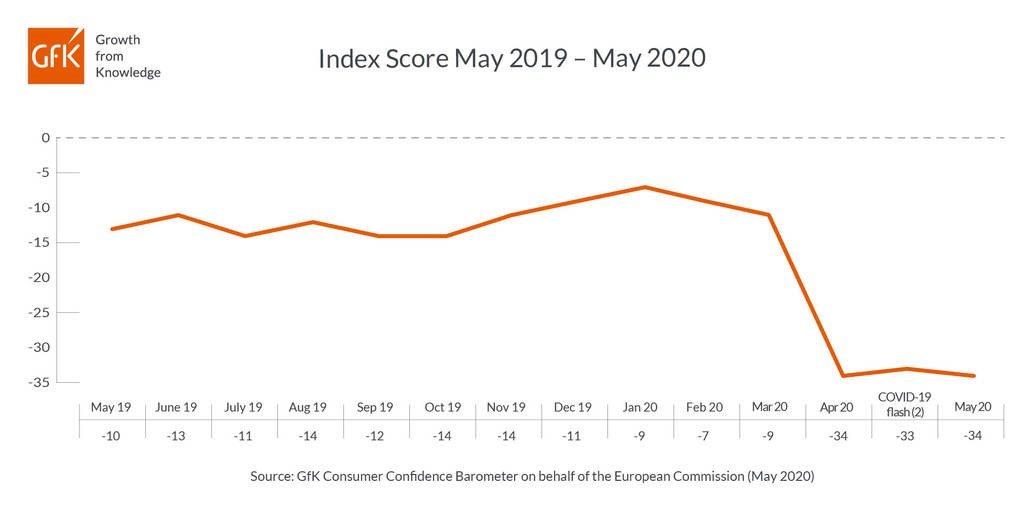 The index, which surveyed more than 2000 people between May 1 and 14 for the latest research, asks people how they feel about their personal financial situation, the wider economy and their attitude towards making major purchases.

While perceptions remained negative, people appeared to have become slightly less downbeat about their personal financial situation over the next 12 months compared with the research published two weeks earlier.

The index score on this measure moved up two points, from -11 to -9.

However, consumers’ expectations for the economy in the next 12 months deteriorated, moving from -53 to -54.

Attitudes towards making major purchases improved slightly, although they remained negative, changing from -49 to -47. 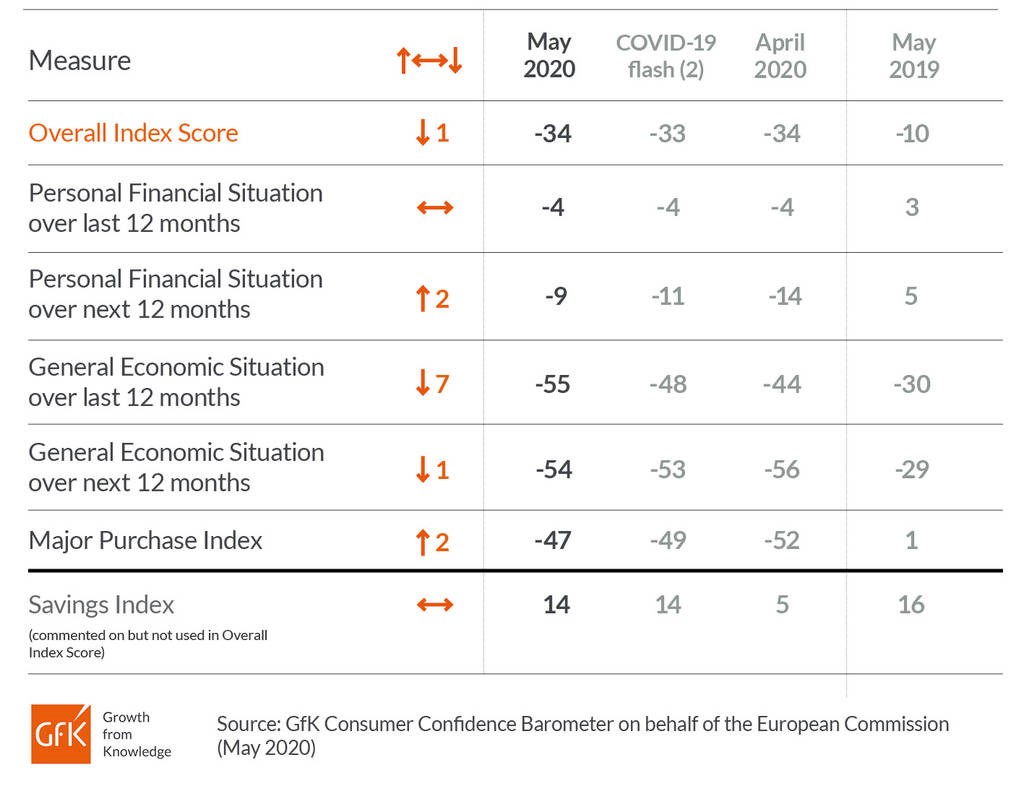 “With unemployment claims rising by the highest rate on record and warnings of a severe recession and possible tax hikes, the damage done by the coronavirus pandemic to the UK economic landscape has been laid bare.

“The lower scores we have registered on the general economic situation reflect this and the Government is dampening down expectations of an immediate economic bounceback.

“So, despite plans to get the country up and running, consumers feel we are not out of the woods yet. Confidence will remain fragile for some time and the possibility of another spike in Covid-19 cases as we adapt to the ‘new normal’ is an obvious danger.”

GfK’s barometer is usually published monthly, but since March an extra interim report has been released to evaluate the impact of the UK’s coronavirus lockdown on consumer confidence.