// Among the 5 subindexes, 3 increased, 1 decreased and 1 remained unchanged

Consumer confidence in the UK edged up fractionally at the end of April after it previously hit its lowest level in over a decade amid the coronavirus pandemic, new data has shown.

The GfK’s long-running consumer confidence barometer stood at -33 at the end of April, an increase of one point compared to the reading two weeks earlier, the lowest level over the last decade. 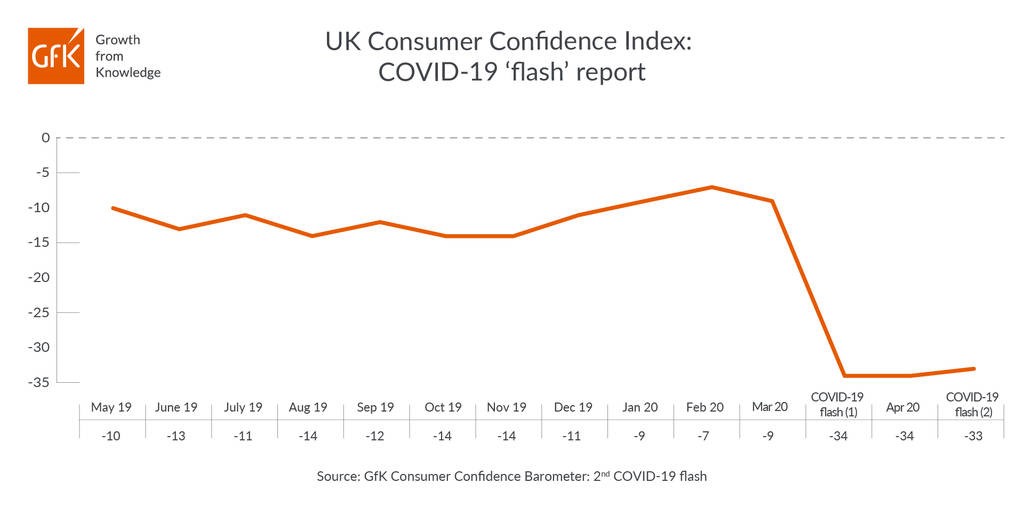 Among the five subindexes that form the overall barometer, three of them increased, one decreased and one remained unchanged.

There was an improvement in the outlook for people’s personal finances over the next 12 months, with that measure increasing by three points to -11.

Meanwhile, the savings index – which is documented but not incorporated into the overall barometer, increased by nine points to 14. 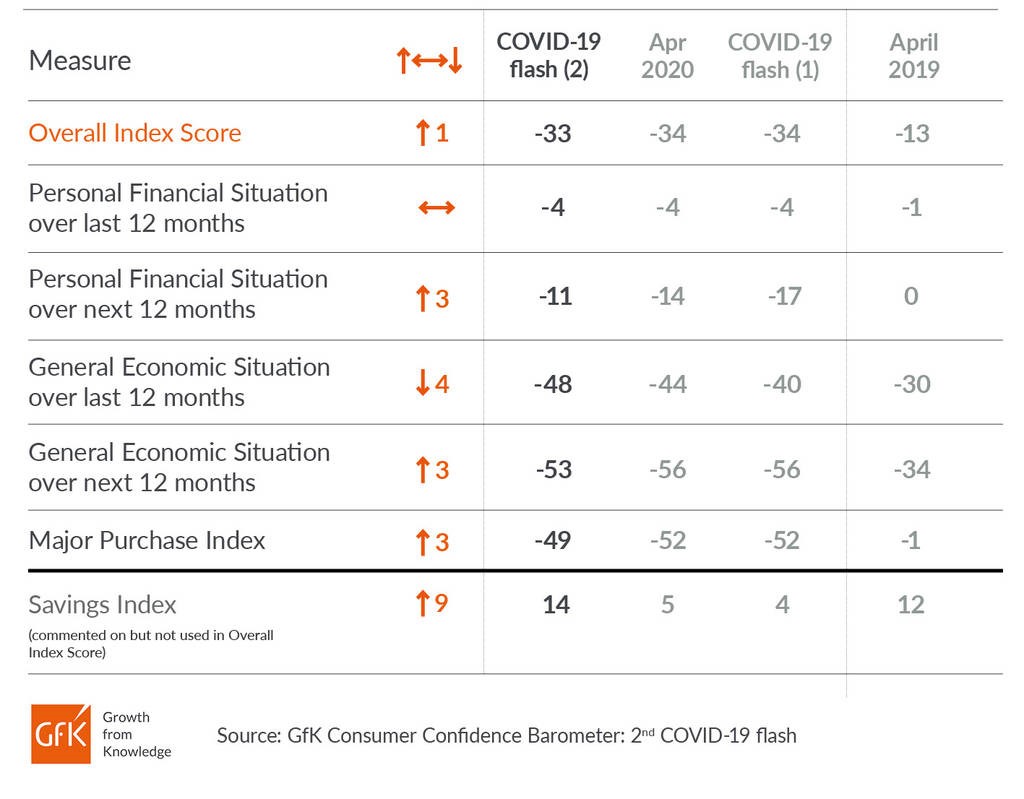 “Despite a one-point improvement in our second Covid-19 flash report at minus -33, consumer confidence in Britain’s lockdown economy is still severely depressed,” Staton said.

“However, we are recording small improvements in our personal finances and the wider economic picture for the next 12 months, key indicators when gauging optimism for our path to recovery.

“And although the majority of high street retailers have been closed since March 23rd, we are also seeing a small pick-up in our major purchase index with a three-point increase, a possible indication of pent-up demand once business returns to the ‘new normal’.

“But in contrast to this, the nine-point spike in the savings index suggests cautious consumers are stashing money under the mattress over worries for the future.”

The GfK’s consumer confidence survey was conducted between April 20 and 26 among a sample of 2000 individuals.

The barometer is usually published monthly, but since March an extra interim report has been released to evaluate the impact of the UK’s coronavirus lockdown on consumer confidence.