// While perceptions were negative, consumers were less downbeat about expectations for their personal finances in 12 months’ time

Consumer confidence in April remained at just above a historic low recorded in 2008, according to a long-running index.

The overall index score from GfK’s UK consumer confidence index in April was -34, the same figure recorded at the end of March when lockdown first came into place and just five points above the record-low of -39 from July 2008.

However, on a year-on-year basis, April’s overall consumer confidence index plummeted at a much sharper than in March, from -9 to -34 compared to last month’s -13 to -34.

The index, which surveyed more than 2000 people between April 1 and 14, asks people how they feel about their personal financial situation, the wider economy and their attitude towards making major purchases. 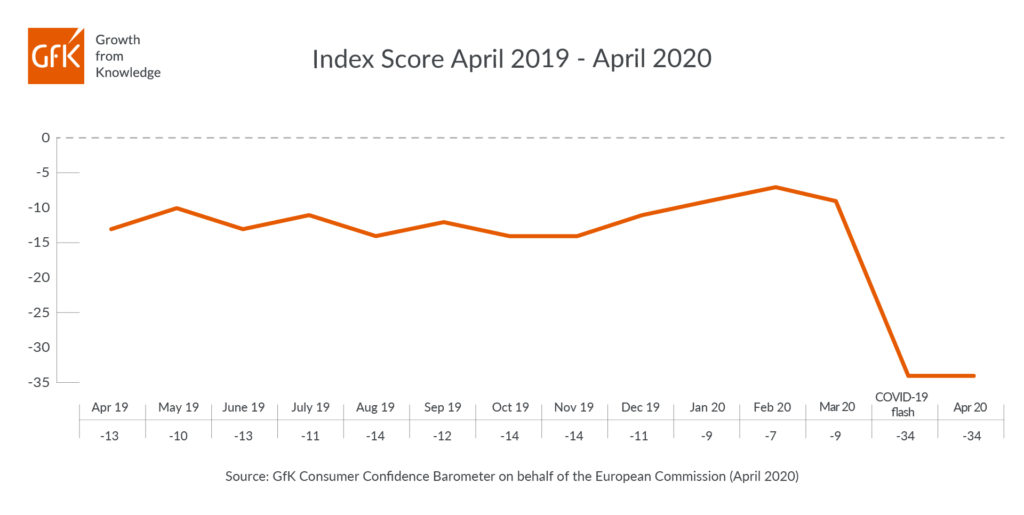 While perceptions were negative in April, people appeared to have become slightly less downbeat about their expectations for their personal finances in 12 months’ time, compared with the days around the start of the lockdown, imposed to help limit the spread of coronavirus.

A score of minus 14 was recorded on this measure, compared with a more negative score of -17 when a similar survey took place between March 16 and 27.

The end-of-March survey had also recorded an overall score of -34.

Perceptions about the general economic situation over the past 12 months worsened between the end of March and the first half of April, with the score on this measure deteriorating from -40 to -44. 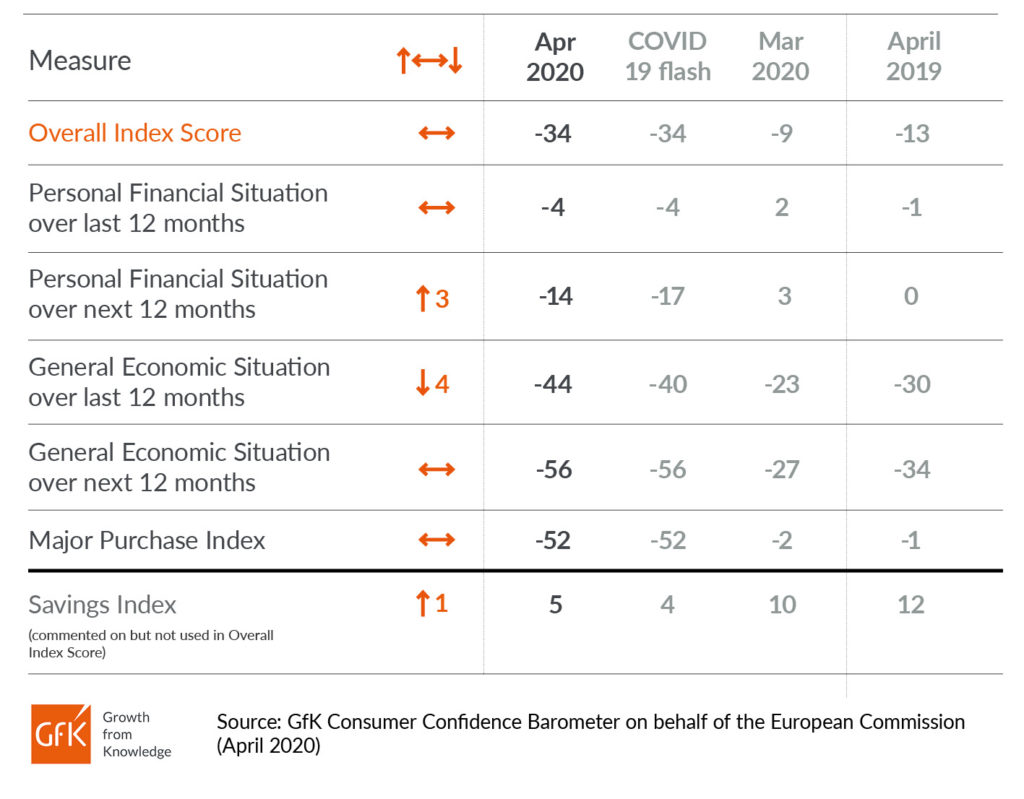 “It is impossible to say if this is at the bottom after weeks of adjustment to the reality of lockdown life, or if further falls are to come,” GfK client strategy director Joe Staton said.

“We are recording a three-point rise in expectations for personal finances for the next 12 months, although it is important not to attach too much significance to this.” 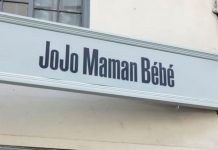