// The Hut Group eyes stock market float worth between £4bn-£5bn

The Hut Grou‎p is reportedly courting global investors about a share sale that could lead to a stock market flotation worth between £4 billion to £5 billion.

According to Sky News, the online retail group is in talks with blue-chip investors like Capital Research Group, Dragoneer Investments, TSG Consumer Partners and  Singaporean sovereign wealth fund Baillie Gifford about a deal that would value The Hut Group above £4 billion.

Meanwhile The Sunday Times reported that The Hut Group was lining up meetings with other blue-chip investors like Schroders, T Rowe Price and Fidelity for a stock market debut worth £5 billion.

The Hut Group’s board has reportedly not yet made a decision whether the flotation would be conducted in the public or private markets, and the potential investors are thought to be open to buying shares either privately or through an IPO.

Sky News suggested that around 15 per cent of the Manchester-based company’s shares are expected to be placed with new investors in the next few months.

The move would enable some of The Hut Group’s early investors, such as KKR, Blackrock and Balderton Capital, to sell their stakes at a massive premium.

The Hut Group is also reportedly looking to raise a money from the sale of new shares.

The news comes after The Hut Group enjoyed a surge in sales and profits during the first half of its current financial year.

Last year it surpassed £1 billion in sales and employs around 7000 people.

In recent years, it branched out into technology to provide digital services through its own platform, THG Ingenuity, to major consumer brands like Johnson & Johnson, Nestle and Procter & Gamble. 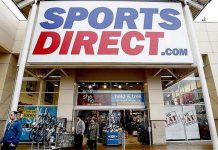