// The scheme entails the Bank of England buying debt issued by larger companies.

// Hammerson shares have plummeted by 77% this year

Hammerson has reportedly been forced to receive government support after only 16 per cent of retail tenants paid their rent last month.

According to The Sunday Times, the shopping centre giant issued £75 million of debt under the government’s Covid corporate financing facility (CCFF) this month, after the vast majority of its tenants couldn’t pay their quarterly rent due last month amidst financial constraints from the coronavirus pandemic.

It comes after Hammerson revealed earlier this month that it had accessed the UK Government’s coronavirus support scheme to bolster its balance sheet, as well as secure some breathing space from lenders.

Hammerson’s CCFF support comes after shares in the Bulling and Brent Cross owner have plunged 77 per cent this year to 70p.

This values the retail property giant at £537 million.

Hammerson’s rental income has been affected by the moratorium on tenants being evicted if they cannot pay rent, which is due to expire at the end of September.

Meanwhile, the firm is slated to reveal its half-year results on August 6.

The coronavirus lockdown also saw the resignation of both chairman David Tyler and chief executive David Atkins, with the latter due to officially leave next spring.

While former Land Securities boss Rob Noel is set to replace Tyler as chairman in the next two months, Hammerson has drafted in recruitment agency Spencer Stuart to find a successor for Atkins.

Industry sources cited by The Sunday Times predict that the next chief executive would launch a rights issue to shore up Hammerson’s balance sheet. 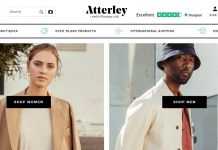 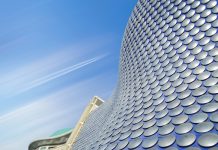