// The restructure will cause 20 redundancies

Frasers Group is reportedly restructuring its buying, merchandising and design teams in head office, which will result in around 20 redundancies.

The retail empire said it was scrapping the buying, merchandising and design terminologies in an effort to shift towards “a new commercial division”.

There are currently 186 roles across those teams in Frasers Group, and at least 20 roles will be axed as a result of the restructuring, Drapers reported.

Frasers Group said it was moving in a direction that “will set us apart from the market and play a key role in continuing to drive the significant growth of the Frasers Group business”, Drapers reported.

The firm, which owns Sports Direct and House of Fraser, also said it was currently “reviewing and revising the structure of the buying, merchandising and design department to meet the business’ future strategy”.

It now expects the majority of colleagues within these teams to secure a role within the new structure.

On Monday, Ashley was reportedly looking to seize as many as 30 stores from rival retailer Debenhams.

Ashley previously expressed an interest in taking control of Debenhams and has attempted to win a seat on the senior board role at the department store chain at least twice.

However, the Covid-19 pandemic may have lessened his interest in seizing some or all of Debenhams’ stores.

The billionaire tycoon has discussed with senior staff and is likely to reveal a public statement as soon as this week. 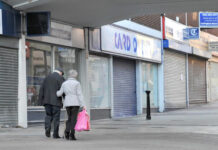