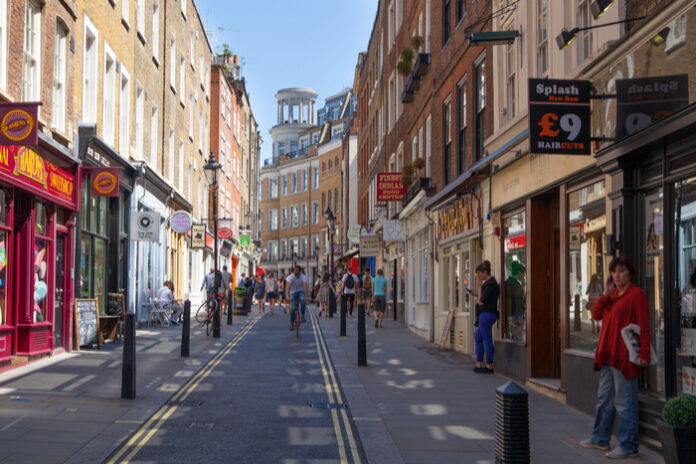 // Categories for reduced spending over the next month were fashion, electronics, large electronics, and health & beauty

The UK retail industry could be up for a longer period of recovery than expected after a new poll suggested that consumer confidence and spending intentions remain low due to the coronavirus pandemic.

Sixty-one per cent said they intended to spend the same.

Meanwhile, 62 per cent of survey respondents felt comfortable about buying groceries in-store, an improvement on the 56 per cent recorded the week prior.

The average for non-grocery categories rose to 42 per cent, a new record, up from 38 per cent the week prior.

BRC and Opinion said the improved figures was likely due to the introduction of masks inside all shops and indoor shopping areas as a mandatory measure.

In terms of shopping visits, 14 per cent of respondents said they intended to visit shops to browse, up from 12 per cent at the start of July.

Fifty-eight per cent intended to visit shops only if necessary, compared to 52 per cent at the start of July.

Those who said they would avoid visiting shops if possible fell to 23 per cent, down from 32 per cent at the start of July.

Finally, 51 per cent of survey respondents felt retailers were doing enough to protect the public from coronavirus, with only 13 per cent disagreeing.

“Nonetheless, the public continue to be reassured by the many safety measures that have been put in place by retailers, such as perspex screens, increased hand sanitiser and regular cleaning.

“Four times as many people believe retailers are doing enough to protect the public, as disagree, and this has been reflected in the rise in footfall.”