// Last week, the group reported a recovery in first quarter sales thanks to demand for homeware

N Brown has completed a series of new appointments in an effort to strengthen its senior retail team.

The appointments come after the group’s attempt to refresh its strategy, which includes a focus on delivering more relevant product through its brands.

Parti has been joined by Neil Hendy as group design director, who joins from senior design roles at Coast and Marks and Spencer.

Angela Gaskell has been appointed to the newly-created role of group sourcing, sustainability, quality and fit director.

Paul Horsfield continues in his role of group merchandising and trading director.

N Brown chief executive of retail, Sarah Welsh, who joined on March 30 this year, said: “I am excited to welcome both Shailina and Neil to N Brown.

“Together, they bring a wealth of experience from across the industry and share our aim of pushing the retail business further ahead on its journey to create strong and unique brands.”

Last week, N Brown reported a recovery in first quarter sales thanks to a rise in demand for its new homeware range.

The group said that product revenue losses had stabilised to 20.5 per cent during the first half of the year.

For the six months to August 29, N Brown said 92 per cent of all sales across its stable of brands came through ecommerce. 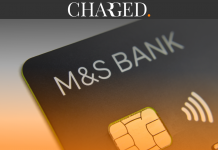