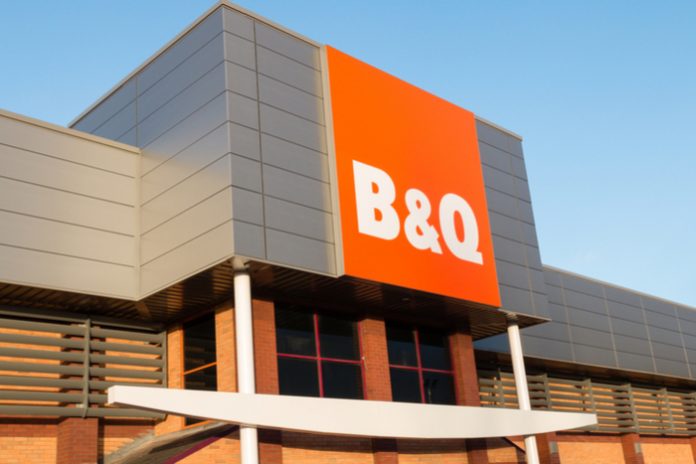 // This was boosted by online growth of more than 150%

The boom in DIY showed no sign of slowing in the run-up to Christmas, according to B&Q and Screwfix parent company Kingfisher.

The firm, which also owns Castorama and Brico Depot in France, revealed that total sales soared in the 10 weeks to January 9, rising 16.9 per cent.

This was supported by online growth of more than 150 per cent compared with the same period a year ago.

Bosses said they were benefiting from bored householders looking to update their homes, while B&Q and Screwfix also enjoyed “essential” retail status in the UK.

This allowed its 1380 stores to remain open throughout the second English lockdown and subsequent tiering in the run-up to Christmas.

Sales in Kingfisher’s UK and Ireland market jumped 24 per cent in November, and were up 20.8 per cent in December.

The end of a national lockdown in France in December also saw a sharp spike as sales in the country, jumping 29.4 per cent compared with a 0.1 per cent fall in November on a like-for-like basis.

“While the strength of our Q4 trading, to date, is reassuring, uncertainty over Covid-19 and the impact of lockdown restrictions in most of our markets continue to limit our visibility,” Kingfisher chief executive Thierry Garnier said.

“Longer term, we are confident that the strategic and operational actions we are taking are building a strong foundation for sustainable long-term growth.

“We also believe that the renewed focus on homes is supportive for our markets.”

As a result of the strong sales, the boss added that he now expects pre-tax profits for the year to be at the top end of City expectations of £742 million.

This will include an £85 million one-off profit from the pandemic chaos after taking into consideration a £45 million spend on making stores Covid-secure and covering other coronavirus-related costs.

Kingfisher did not break out sales figures between its B&Q sites, which had to close showrooms but kept other areas open, and its click-and-collect business Screwfix.

However, bosses said they expect sales at Screwfix to hit £2 billion this year – just 15 years after the first store opened.

The company reiterated plans to repay money saved from the business rates holiday of £130 million.

It also repaid £23 million in November previously claimed under the UK furlough scheme and has made no further claims – including the Job Retention Bonus scheme.