Unibail-Rodamco-Westfield has unveiled an extended and new-look management board which includes the appointment of Scott Parsons as chief operating officer of Westfield UK.

The shopping centre giant, which owns both Westfield shopping centres in London, said its new management board would lead a more decentralised business with “empowered” regions and a simplified corporate centre.

Unibail-Radmaco-Westfield said its four new enlarged European regions and the US would be empowered to ground their operations on local market dynamics and customers as well as “deliver on value creation”.

They will each be headed by a regional chief operating officer, such as Parsons in the UK, and report to group chief executive Jean-Marie Tritant.

Having joined Unibail-Radamco-Westfield in November 2018 as regional managing director, he will also be responsible for the newly-formed corporate centres of excellence across Europe.

Meanwhile, Tritant himself stepped into the top role at the start of this year – after the appointment was first announced in November – to replace Christophe Cuvillier. He is also chairman of the new-look management board.

Bossard will be in charge of leading Unibail-Radamco-Westfield’s deleveraging effort through disposals as well as overseeing the value creation strategy based on a targeted allocation of resources, while Panosyan will lead the organisational transformation of the firm to increase its effectiveness and efficiency, and lead the Better Places 2030 CSR strategy.

Parsons said: “As we start the year with the announcement of the new group organisation structure, I am delighted to lead one of the key regions which includes Europe’s two largest shopping centres plus some of our biggest residential developments.

“The focus on customer is paramount in our approach and something that is very much at the heart of everything we do here in the UK.

“I very much look forward to continuing this journey, alongside my colleagues across Europe and the US, within the new organisation structure.”

As finance chief, Mouchel will be in charge of adjusting the finance function to the new organisation so as to reinforce the Group’s controlling capacities and effectively monitor Unibail-Radamco-Westfield’s performance.

Until a permanent chief customer officer joins the shopping centre giant this year, he will structure this new function and bring in new skill sets with the aim of making Unibail-Radamco-Westfield more of a customer, digital, and data-driven company.

The new management board will also be supported by an executive committee composed of the management board itself, the five regional chief operating officers and executive managing directors -all under the chairmanship of group chief executive. 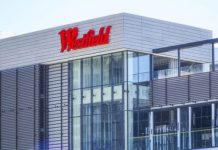 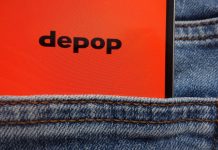