// The deal, which gave exec chairman Peter Cowgill a £2.6m pay rise, was approved but 31% voted against

// JD Sports’ long-term incentive plan was also approved, although 29%  of investors voted against it

JD Sports has said it is “disappointed” after almost a third of shareholders rebelled against pay deals for bosses at the sportswear retailer.

In a vote that took place shortly before it revealed a £355 million deal to acquire US sportswear chain DTLR, more than 31 per cent of JD Sports’ shareholders voted against approving its directors’ remuneration report.

The report handed executive chairman Peter Cowgill £5.6 million, up from £2.6 million in 2019. The pay package was ultimately approved.

Also approved was JD Sports’ long-term incentive plan, although 29 per cent of investors voted against it.

The significant rebellion came despite parent company Pentland having a majority stake in JD Sports and voting in favour of the pay deals.

The sportswear giant said it acknowledged that shareholders have a “major concern” over its long-term incentive plan as it primarily offers cash-based rewards for directors.

The retailer added it has now committed to a “wide-ranging review” of its remuneration practices.

In a statement to the stock market, JD Sports said it also acknowledged “there were a number of concerns raised regarding the bonus arrangements for the executive directors and, in particular, the fact that there could be greater transparency regarding bonus targets and metrics”.

“The company acknowledges that, with a cash-only scheme, it is more difficult to align director pay with shareholder interests,” it added.

As a result, JD Sports said it was working on incorporating an equity-based incentive scheme as soon as possible. 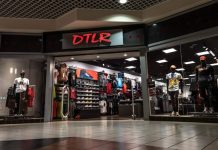 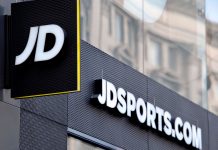