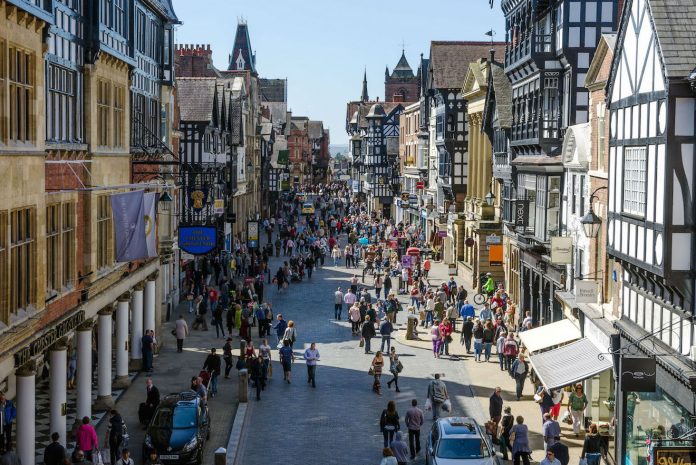 // However, Springboard’s data is still heavily depressed compared to its pre-pandemic levels

Footfall around the UK’s retail sites was up seven per cent last week, but is still heavily depressed compared to its pre-pandemic levels, new data has shown.

However, the data from retail specialist Springboard reveals that this was the seventh time that footfall increased in eight consecutive weeks.

The survey found that footfall had grown most rapidly in shopping centres, where it was up 9.8 per cent compared to the week earlier.

Despite this, shopping centres still have the most catching up to do compared to where they were a year ago.

Footfall was nearly 64 per cent lower year-on-ear in shopping centres, compared to only 53 per cent when including high streets and retail parks as well.

“As we approach the anniversary of the first lockdown we can see the significant degree to which consumer activity has changed since the same week in 2020; footfall across UK retail destinations rose once again last week – the seventh rise in eight consecutive weeks – whilst in the same week last year footfall not only declined but, as consumers were receiving more and more messages concerning the spread of the virus, the drop was greater than in the previous eight weeks,” Springboard insights director Diane Wehrle said.

“With non-essential stores still closed until April 12, the steady increase in visits to high streets and shopping centres delivers further evidence of the degree of pent-up demand amongst consumers to return to stores.”

The data from Springboard shows that Northern Ireland is lagging behind the rest of the UK when it comes to recovering to the level it was at this time last year.

Year-on-year Northern Irish footfall was down 61 per cent, while it dropped 1.3 per cent between last week and the week before.

High streets across the UK are experiencing footfall 60 per cent lower than last year’s levels, while week-on-week footfall rose 5.7 per cent, the data shows.

Many shops across the UK have faced months-long closures over the past 12 months.

The first nationwide lockdown was introduced on March 23 last year.

That was lifted months later, and non-essential retail was once again allowed to reopen with regional variation.

These shops closed again for a brief period in Wales, Northern Ireland, England and parts of Scotland during autumn, but by the beginning of January all four nations had implemented full lockdowns again.