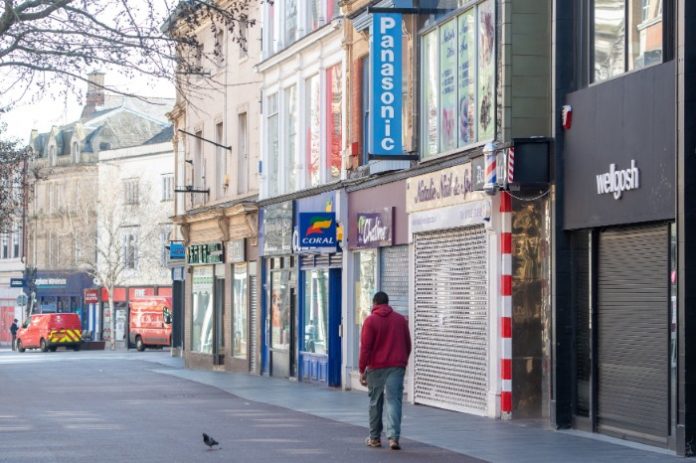 // Footfall on high streets declined by 68.3% year on year

New research has found that year on year UK footfall dropped by 73.5 per cent in February, with only a 3.4 percentage point improvement from January.

Following January, this marks the second largest drop in UK footfall since May 2020 – which saw a decline of 81.6 per cent.

Footfall on high streets declined by 68.3 per cent year on year, this was the deepest decline since May 2020 which saw a decline of 77.8 per cent, the BRC found.

For the sixth consecutive month, Northern Ireland saw the shallowest footfall decline of all regions at 65.6 per cent, followed by Scotland at 69.2 per cent, while Wales saw the deepest decline at 75.4 per cent.

“Footfall remained down by three quarters during the second full month of lockdown. Shopping centres continued to suffer the most due to their high proportion of “non-essential” retailing, whereas retail parks benefitted from the presence of large essential retailers such as supermarkets and health stores,” BRC chief executive Helen Dickinson said.

“While footfall improved slightly due to slowing Covid infections boosting consumer confidence, it will be a difficult time for retail until businesses are permitted to reopen in April.

“Nonetheless, the real challenge will arise in April, as tens of thousands of “non-essential” retailers hold their breath to see if demand returns to stores.

“Despite the support offered by the Chancellor, the retail industry is not out of the woods yet.

“In order to support a much needed recovery in the industry and the three million jobs it supports, the government must ensure the UK’s state aid rules allow businesses to fully access the grants and loans that have been announced.