Morrisons has extended its 10 per cent discount for NHS workers until the end of the year to express its “continuing gratitude”.

The extension comes as the government faces a backlash over its planned one per cent hike in pay for nurses.

The Big 4 grocer first introduced its discount for NHS workers in April last year at the height of the Covid-19 pandemic.

The government is currently facing criticism for undervaluing the work of nurses during the crisis by proposing an award of just one per cent.

Morrisons’ announcement comes as it revealed its financial results for the year to January 31, which showed a 62 per cent plunge in pre-tax profits despite a sales rise during the pandemic.

The supermarket reported an 8.6 per cent rise in group like-for-like sales during 2020 with total revenues hitting £17.6 billion.

However, profit before tax and exceptional items dropped 50.7 per cent to £201 million – a result of £290 million in coronavirus-related costs including staff absences and measures to keep staff and customers safe.

The costs figure included £230 million in business rates relief that has been handed back to the Treasury.

Profit before tax fell to £165 million from £435 million the previous year once other costs, including restructuring costs, were included.

“Morrisons key workers have played a vital role for all our stakeholders during the pandemic, especially the most vulnerable in British society, and their achievements over the last year have been remarkable,” chief executive David Potts said.

“I am delighted that we are recognising their enormous contribution by becoming the first supermarket to pay a minimum of £10 an hour to all store colleagues.

“We are also today showing our continuing gratitude and appreciation for the incredible work of other key workers in the nation, by extending our 10 per cent discount for NHS staff for the whole of 2021.” 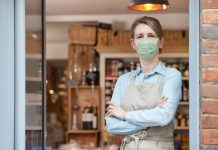 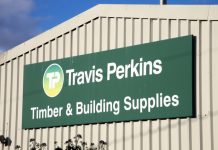 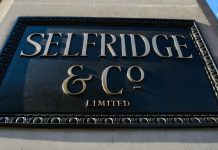