Foreign workers in the UK – especially those who come from EU nations – have been in decline since the Brexit referendum almost five years ago. But in the advent of the Covid-19 pandemic and the final stage of the Brexit process being completed at the start of this year, the decline has accelerated. In fact, it’s estimated that up to 1.3 million workers are estimated to have left the UK since late 2019.

UK retail has not been immune to the effects of this, with many struggling to hire staff in recent months. Business leaders have already warned the government that a lack of overseas workers after the most recent lockdown would put a “handbrake on the recovery”.

With fewer foreign workers looking for work in the UK, how can retailers increase or build up their workforce at this time?

“By making the leap to full/hybrid tech-centric and remote-based operations, retail companies can thrive and dominate both the market and the candidate pools,” she told Retail Gazette.

“Digital business models signify the company’s flexibility and fluidity which perfectly conforms to the needs and demands of worried and anxious post-pandemic job hunters.

“This also opens up the company to global channels where international talents that are potentially cheaper can be sourced.”

Kane added that retailers relied on foreign workforces for many reasons.

“No UK national will turn down an attractive salary package, possible relocation compensation, rapid opportunities for growth, and pandemic-proof safety guarantee and perks.” 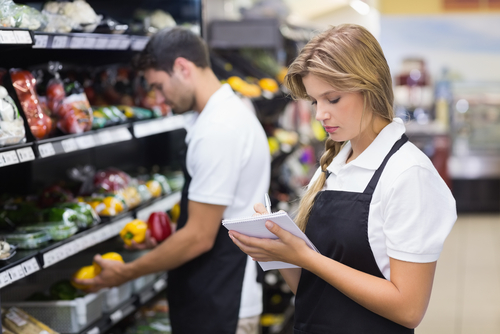 According to the Chartered Institute of Personnel and Development (CIPD) and recruitment firm Adecco, the reopening of retail and hospitality is currently driving plans to hire at the fastest rate in years. But the CIPD also found that there had been a rapid decline in the numbers of EU and international workers.

Meanwhile according to Adzuna, since February 2020 the number of overseas job searches from western Europe and North America had halved – a decline of about 250,000.

Richard Lynch, managing director at Suits Me, said these labour shortages would hold both long-term and short-term issues for retailers. Especially for the T2 Skilled Worker visa scheme – colloquially known as the sponsored visa – which requires most workers to be earning a certain amount, among other things, in order to qualify for one.

“The new visa application process is centred around a points-based system aimed at capturing highly-skilled foreign workers,” he explained.

“This points-based system means migrants will now have to meet comprehensive criteria before being admitted for work.

“For the retail industry, this new system is likely to be problematic given the relatively low wage brackets and skill requirements for shop-floor retail work.

“In the short term, businesses may see a workforce shortage in some areas where they’ve previously relied on migrant workers – although this may be mitigated by the downturn in high street retail because of online sales.

“In the long term, employers will need to recruit their staff from the pool of UK nationals looking for work or migrants with EU settlement status or a current visa.”

The Home Office’s new measures and tightening of immigration rules over the last few years have raised concerns around what many critics have labelled “hostile environment”, essentially making it harder for UK employers to attract overseas staff.

Karendeep Kaur, the manager at specialist immigration law firm Migrate UK, explained that the introduction of the Immigration Skills Charge in April 2017 was a push by UK Visas and Immigration (UKVI) to make it difficult for employers to recruit talent from overseas, usually via the T2 visa system.

“This was a deterrent for employers,” she said.

“However, under the new immigration rules, although the skill level has been dropped for the Skilled Worker category from RQF Level 6 to RQF Level 3, it is evident this is to attract the best and brightest talent, with the English Language requirement set at level B1.

“Many industries considered to be at RQF Level 3 are unable to find talent which would pass the Level B1 exam.

“In addition, as the Resident Labour Market Test was abolished, UKVI still would like to see some evidence of an advertising campaign illustrating that a genuine vacancy exists.”

Kane said that despite possible challenges for overseas workers entering the UK, retailers “should offer either full or hybrid remote work opportunities” to capture the interest of candidates based abroad.

As Covid-19 restrictions ease and the vaccination continues to be rolled out quickly, Karendeep said there were ways for retailers to aid their post-lockdown recovery by attracting foreign workers to shop floors that don’t require a family-sponsored visa.

“Retailers have a host of options other than those on the spouse/PBS dependant routes,” she explained.

“For instance, there are students who could fulfil these roles part time during term time and full time during holidays.

“Also, those that come to the UK on a Youth Mobility visa could be an option.

“Again, from July 2021 the new graduate visa scheme will be attractive for employers seeking new graduates to join their organisation.

“Retailers could also utilise this batch of graduates to satisfy their shop floor roles to then potentially move on to other organisations in line with their field of study.

“However, retailers will have use of them for at least two years post-graduation.”