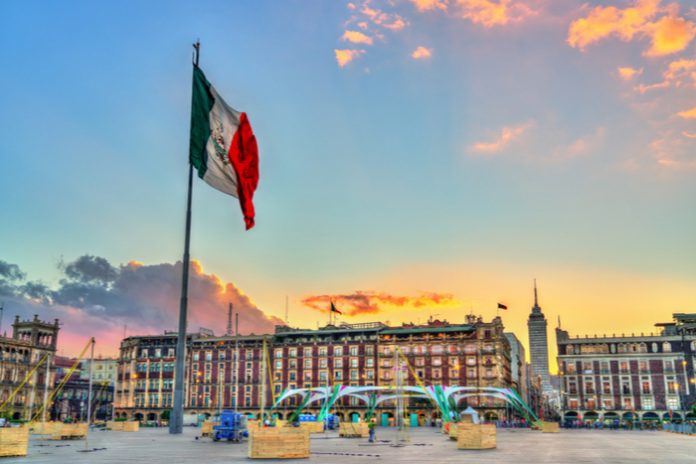 Mexico stands out as one of the key markets in the Americas and is doing so through sustained evolution and slow but steady growth in many dimensions.

The country’s retail sector is arguably one industry that has the potential to exceed Mexico’s average national future growth. It reflects the opportunities emerging from the duality of the Mexican economy.

The Covid-19 pandemic led to all non-essential businesses in Mexico closing in April and May last year, which had a negative impact on retail in the country.

Some of the first Covid cases were recorded in February last year, but it wasn’t until the end of the following March that the Mexican government announced nationwide restrictions on non-essential economic activities in most municipalities. On April 16, these restrictions were extended until May 30, with the peak of the pandemic in Mexico occurring in May.

These months were the hardest for the majority of businesses, but retailers especially struggled. When stores reopened and lockdown restrictions lifted, Mexican consumers were generally eager to return to shopping in person, including at shopping centres. But due to the continued risks, retailers still suffered for the rest of the year as many consumers remained wary of returning to a physical retail environment – especially for non-essential goods.

As with much of the world, the pandemic significantly altered consumer shopping patterns across Mexico. It has prompted retailers to make bigger investments in digital platforms, such as developing a smoother website experience, adding direct-to-consumer operations, and partnering with last-mile delivery services.

Many retailers also turned to social media platforms like Instagram, Facebook, and WhatsApp to facilitate interactions across the shopping journey. For example, Walmart allowed consumers in Mexico to order products via WhatsApp.

According to a recently published report by eMarketer, Mexico is one of the top five countries in terms of predicted retail ecommerce sales growth this year. The online market is expected to grow by 21.1 per cent this year.

Ollie Butterworth, retail analyst at Institute of Grocery Distribution, said that in a post-Covid world, more customers would be shopping online than ever before.

“Mexico is the Latin American market most like the UK”

“Last mile delivery businesses are developing dark store networks, which enable them to deliver groceries to customers in less than 15 minutes.

“International players with heavy investment are entering the region to move into this space and existing players are rolling out their own express services.

“With people spending more time at home and shifting to hybrid working from home patterns some retailers are seeing decreased footfall and therefore sales.”

“One factor that we’ve seen cement this trend further is the smartphone penetration within the country, with Mexico now second only to South Korea for using mobile devices to shop online,” he said.

Butterworth compared Mexican consumers to UK consumers and said Mexico is the Latin American market most similar to the UK in terms of its offering of modern convenience stores.

“Mexico has over 19,000 OXXO stores and there are other large convenience players – albeit with much smaller stores presence – including 7-Eleven, and Circle K,” he said.

“Like the UK, the assortment varies based on the store location, more food-to-go/snacks. In high footfall commuter areas and more top-up and home cleaning/personal care items in stores near to residential areas.

“Wherever you go in Mexico, you will find an OXXO nearby, like the UK where we have a Tesco Express, Sainsbury’s Local or Co-op on most local high streets and close to built-up residential areas.”

Butterworth told Retail Gazette that most retailers in Mexico have seen impressive sales uplifts throughout the pandemic.

“Mexican culture is synonymous with eating out but the pandemic has led to significant behaviour changes, due to lockdown and mobility restrictions,” he said.

“This has led to more people cooking and eating at home, as well as more people migrating to grocery shopping online.

“Retailers that have performed best during the last 18 months are the ones that had efficient and pre-existing home delivery services, which could cope with the sudden spike in demand.

“Since the start of the pandemic, retailers have shifted their investment from expanding their store networks to embedding omnichannel initiatives, enhancing their digital transformation and strengthening logistics for home deliveries.”