Morrisons is on the cusp of going private for the first time in over 50 years.

The newer offer from Fortress is set to see shareholders receive 252p per share plus a 2p special dividend. And while takeover deal values Morrisons at £6.3 billion, after the inclusion of £3.2 billion of net debt, that total value grows to £9.5 billion.

However, it is not yet clear if the bidding process is complete, with speculation that CD&R could return with another bid, or a fresh bid – or bids – could arise from another private equity firm. Even online giant Amazon has been linked with making a potential bid.

Nonetheless, soon after Morrisons rejected CD&R’s initial takeover bid, the grocer saw its share price rise by a startling 34 per cent – its highest level since 2018. The news also had a ripple effect and buoyed the shares of other publicly-listed grocers, namely Big 4 rivals Tesco and Sainsbury’s.

Morrisons had rejected CD&R’s offer after the board “unanimously concluded that the conditional proposal significantly undervalued Morrisons and its future prospects”.

So why exactly was the grocer “undervalued” the first time round?

“However, the markets had ignored some of the more interesting moves which Morrisons had made over the last couple of years with its partnership with Amazon, and ownership of its manufacturing and supply chain – it is an opportunity for a private investor to sell off and turn a greater profit.” 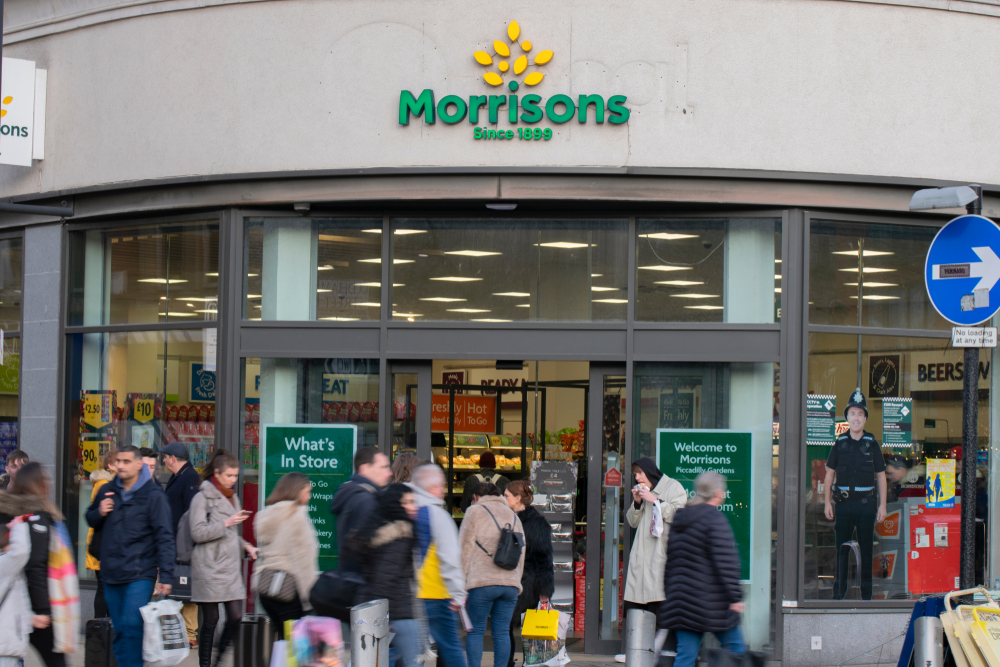 Just last weekend, Morrisons wrote to its network of 3000 farmers to reassure them that a takeover bid from Fortress would still protect its agreements and relationships with suppliers.

Unusually for a major UK supermarket, Morrisons owns and deals directly with its farmers to stock their shelves, rather than rely on wholesalers. This no doubt helped the grocer in a time when supply chains were severely disrupted by the Covid-19 pandemic.

The farmers’ concerns emerged shortly after Labour warned that a private equity takeover Morrisons could threaten the future of thousands of jobs and risk the potential for asset-stripping. Labour also urged the government to interfere in any Morrisons takeover to ensure enforceable promises about the retailer’s future and employment security.

In his letter to the farmers, Morrisons chief executive David Potts sought to allay their fears by stating that Fortress would be a “suitable and responsible owner”. He also said Fortress’ pledges about the future of Morrisons “carry genuine weight”, and that it would protect the character of the business and its relationship with its suppliers.

Despite this, Basiewicz believes Morrisons could benefit from a change in ownership. He also said going private allows retailers to “be adaptable and have the privacy to deal with the current challenges in the industry landscape”.

“It also gives them the flexibility in terms of capital allocation (or pay out policy) that public markets in the UK, especially are unwilling to digest,” he told Retail Gazette.

“Grocers should be private“

However, Charles Allen, global retail researcher at Bloomberg Intelligence, said it would be difficult to see what a new owner could do differently to improve Morrisons’ operational performance.

“Maybe only if Amazon were to become involved in the bidding then would we see a a different direction that may be beneficial,” he added.

It is still unclear if and when shoppers would any changes to their shopping experiences at Morrisons. In its full-year trading update for the year ending January 31, Morrisons revealed that profits were cut by more than half after it was hit by £290 million in total costs linked to the pandemic.

The Big 4 grocer told investors that profits before tax and exceptional costs slid by 50.7 per cent to £201 million for the year. It also said it was impacted by higher-than-expected pandemic costs after a recent increase in absences, as well as the £230 million impact of handing its business rates relief back to the Treasury.

Like-for-like sales for the year – excluding fuel and VAT – jumped by 8.6 per cent as it was buoyed by strong grocery demand and being able to keep stores open due to its “essential” status. In the fourth quarter of that year, which incorporated the peak Christmas trading period, Morrisons saw nine per cent growth in like-for-like sales.

Despite this, total full-year revenue grew just 0.4 per cent year-on-year to £17.6 billion – yet Morrisons said online sales tripled during the year as its capacity jumped five-fold.

The retailer’s free cash outflow came in at £450 million, compared to an inflow of £238 million in Morrisons’ previous financial year, due to lower profit and temporary impacts of lower fuel sales, higher stock and paying small suppliers immediately.

In its first quarter for the current financial year, total sales grew 5.3 per cent, while like-for-like sales – compared to pre-pandemic times in 2019 – surged 8.7 per cent.

Morrisons has long been a participant in the grocery price wars, thanks to the rise and rise of discounters Aldi and Lidl. But there now concerns that a private equity firm owner could result in increasing prices for consumers – and possible job cuts. Selling asserts is a typical private equity move, as is cutting costs, of which redundancies form a big part.

Morrisons owns 18 manufacturing sites, making it one of the largest fresh food suppliers in the country, producing freshly baked bread, seafood, fresh produce, and more. There were concerns that CD&R would look to sell Morrisons’ property ownerships, before leasing them back in order to produce a quick return on investment.

For a sector that faced numerous challenges over the past year, it came as no surprise that Morrisons staff and farmers have aired their concerns even when Fortress’ offer came with a pledge to protect them.

“Hopefully it will mean that grocers will be able to more easily raise capital so that they’re not just defending against disruption from digital insurgents like Amazon and Ocado, but can start to take the fight to them instead,” he said.

Nothing is set in stone as yet. Brits will have to wait to see what changes could be implemented and if the business will improve with a new owner – should the bidding process be completed anytime soon.

And if Fortress’ takeover of Morrisons does go ahead, there are talks that Sainsbury’s or Tesco could be next in line – especially after Asda went private this year when TDR Capital and the billionaire Issa brothers bought a majority stake in the grocer from Walmart.