Zalando is marking the one-year anniversary of it entering the pre-owned category with a new marketing campaign underlining the importance of the category following tenfold growth in the number of items available since its launch.

Named the Drama Free campaign, it highlights the qualities offered within Zalando’s Pre-owned shopping experience, including its delivery, payment methods and inventory.

The fashion online giant launched pre-owned in September last year with 20,000 items and now offers over 200,000 choices in its Fashion Store.

The assortment is also available in 13 of its 23 European markets.

“Pre-owned plays a big part in our mission to be at the starting point for fashion,” said Torben Hansen, vice president of recommerce, in a release.

“Over the past year we have received very positive feedback on our Pre-owned category, customers are happy with the comfort and convenience we offer them.

“This is why we are putting our convenience proposition back at the heart of this Pre-owned campaign. ‘Drama-free’ represents what our Pre-owned experience is all about, the joy of fashion shopping, freshness and self-expression with more sustainable fashion consumption and ease of use as you have come to expect from Zalando.”

As part of the retailer’s celebration, it collaborated with the cast of the Swedish drama series Young Royals, and other European actors, to bring consumers limited edition collections that are set to launch September 27 through Zalando social media channels.

First available in Germany and Spain, Zalando’s Pre-owned platform has continued its expansion throughout the rest of Europe.

The retailer previously stated its commitment to circular initiatives, including its goal to extend the life of 50 million fashion pieces by 2023. In March, it additionally released a stand-alone sustainability progress report where it proclaimed it was well on its way to this target.

Zalando noted that it had extended the life of some 340,000 products thanks to initiatives such as the Pre-owned category.

The new campaign hopes to bring further awareness to the circular platform and bring the Pre-owned category into its next phase, by providing inspiration to potential consumers to contribute to the pre-owned fashion industry. 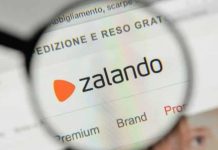 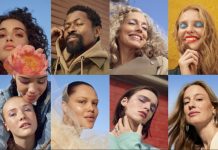