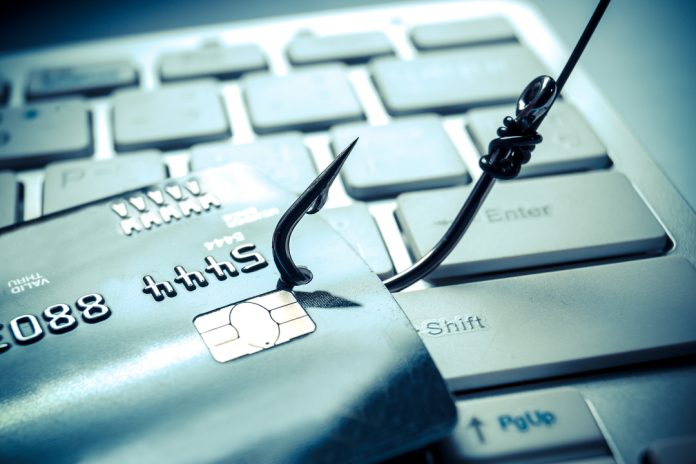 As soon as fraudsters realise retailers have a weakness they go on the attack and
retailers will not necessarily know what they need to protect themselves from these
threats until they’ve been breached.

And like shoplifting has blighted traditional retail for years, online and eCommerce
payments fraud is simply a cost of doing business for those in the industry.

These were two of the key takeaways as representatives from some of the UK’s largest
retailers joined Retail Gazette and digital trust and safety tech company, Sift, for a
roundtable event on 29 September.

Despite such an acceptance of fraud, it does not mean the industry cannot do more to
protect itself from criminals and ensure those involved in the sector are proactively doing
all they can to keep attacks at bay, protecting profits in the process.

Senior figures from retailers such as AllSaints, Currys, Next, Oliver Bonas, and
SportPursuit attended the event, in a forum for sharing knowledge, tips and advice just
as the industry officially moved into its busiest time of the year: the golden quarter.

Festive fraud and how to tackle it

Fraud is an issue all-year round, but during the festive period when more online
shopping activity takes place, the criminals tend to up their game too – with a greater
victim pool to target.

Products popular at this time of year such as beauty gifts, gadgets and technology with
high resale value are also prime targets for fraudsters, with retailers saying they are on
red alert in the fourth quarter.

And with the pandemic heralding an increase in usage of new shopping formats,
including an increase in click & collect, and higher-threshold contactless transactions and a shift to card-only payments in store, those taking part in the roundtable discussed
emerging fraud problems.

One roundtable described the collection as “one of the most fraudulent channels” due to
the anonymity of the collector and difficulties in tracing it back. One participant said
there are certain brands they must monitor at this time of year, restricting the number
of items sold to individual customers in case they look to resell in bulk on the black
market.

Another retailer explained they always review their fraud stack ahead of every peak
trading period, while tightening up the proposition with shipping partners.

Jonny Feinmesser, CFO at SportPursuit, who took part in the discussion, said: “We
already utilise 3DS and 3DS2 for higher risk transactions, but it will be interesting to see
how the wider industry balances the necessary introduction of this in the months ahead
with keeping the user experience (UX) at its optimum level.”

Retailers and brands will have to be wary of adding friction at the point of payment in
the name of increased security for their businesses and their customers. For us, this is
often most challenging for new customers as we know the least about them, meaning
the utilisation of a scale partner in this space and honing the UX even more critical as
repeat business underpins our entire model.”

Feinmesser’s comment about the battle to maintain both a strong UX and robust security
was a pertinent one, with other retailers describing it as a constant challenge.

It is a particular issue around peak, which is traditionally a popular period to attract new
customers via special offers and other promotional activity.

The roundtablers agreed retailers can do more throughout the online purchase journey
to educate customers about fraud, and warn them what to expect from their services.
Many UK banks tend to send out fraud warnings to customers, but it is not common for
retailers to provide similar messaging to shoppers.

Some businesses have increased frequency of customer messaging when a sale is
declined on the basis of perceived risk. Refusing transactions to legitimate customers is
a frustrating but necessary side effect of proactive retailer fraud defence but customers
impacted will “become less aggressive” if they get a detailed explanation of the situation,
according to one speaker at the event.

Retailers and customers are increasingly informed to report incidences of fraud, but
there was a general roundtable consensus that relevant authorities rarely follow up these
reports with suitable action.

“Any fraud we report to organisations like Action Fraud effectively goes into a black hole
– we don’t get feedback or updates,” explained Feinmesser.

Another retailer said this needs to improve. He remarked: “Action Fraud is clearly
overwhelmed, but it doesn’t change the fact retailers are on the front end of these
attacks and we have to take the hit.”

It was clear from the discussion that retailers are grappling with many potential tools
and techniques to address the issue of fraud. The combination of man and machine
appeared to be the preferred line of defence.

Rylee Dent, operations & internal communications manager at Oliver Bonas, said: “The
topic of how to tackle online and payments fraud comes up a lot in the business – it’s an
issue we’re continually discussing internally.

“Loss prevention and stock protection is a big project we’re working on for the year
ahead. We need more resources to join the team who monitor it, and we’re
considering what dedicated roles we could create to do this versus how much
responsibility to give to the existing stock control team.”

For Feinmesser and SportPursuit, investment in technology has been key to dealing with
the challenges the business faces.
“We’ve pushed online fraud prevention and monitoring towards third-party tools which
use algorithms and machine learning, as they are much better equipped have much
more information than an individual person.”

Whatever methods adopted to combat it, the roundtable participants agreed that brands,
retailers, and industry suppliers and partners all need to work together to minimise the
negative impacts of fraud.

Jane Lee, trust and safety architect at Sift, who joined the retailers in the discussion,
said: “Merchants often come to us when they are already bleeding, and the reality is that
fraudsters that will continue to attack until businesses cover that hole.

“Fraud will always be there and companies that say they can eradicate it are over-
exaggerating, but that’s not to say businesses cannot be more proactive and organised
against it.”

She added: “In early days of peak, retailers can prepare themselves by identifying their
high-value, most-targeted items and acting cautiously. And, as we learned from the
retailers at the roundtable, dedicating enough resources to tackling fraud is often a
challenge so I’d urge them to use machine learning to support their defence against it.”