The chief financial officer at Dunelm Group has announced that she is leaving the business.

Laura Carr said she is leaving the homewares giant, which has its national headquarters in Syston, in Leicestershire, for a new opportunity outside of retail and publicly listed companies.

Ms Carr has been with the retailer for three years, having previously worked for contract food service company Compass Group and Canada’s largest book, gift and specialty toy retailer Indigo as well as Japan Tobacco International and Gallaher Group Plc.

Carr said: “I have very much enjoyed my time with Dunelm.

“I am extremely proud of how the business has grown over recent years and it clearly has significant potential in the years ahead.

“I would like to thank my colleagues for the fantastic support they have given me, and I wish them all continued success.”

She will remain with the retailer until June next year to allow for a steady handover of her responsibilities and Dunelm said a search is now on for a successor.

Chief executive Nick Wilkinson said: “Laura has made a tremendous contribution to Dunelm in her three years with the business, a period in which we have significantly built our digital capabilities and navigated a global pandemic, whilst producing very strong financial results.

“I would like to thank her personally and on behalf of the business for her dedication and we wish her every success in her new venture.”

Dunelm has reported strong trading figures in recent months, reporting that pre tax profits were up almost 45 per cent in the year to June 26, at nearly £158 million, despite stores being closed for more than a third of the period due to Covid-19.

Wilkinson recently said he was confident they could manage supply chain disruption and cost pressures from raw materials, freight costs and driver shortages, without too much bother.

Overall sales were up more than a quarter in the year at £1.336 billion, with margins also up.

Dunelm said the growth was helped by online sales rising 46 per cent year-on-year on the back of 27 per cent growth the previous year.

The business said it took a further 1.6 per cent chunk of the overall UK homewares market during the year, taking its share to 9.1 per cent. 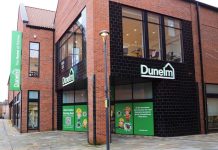 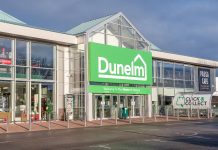 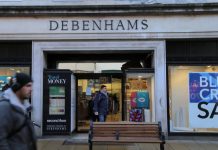