Tesco has reported an increase in sales of plant-based foods as customers embraced Veganuary.

The Big 4 leader said the launch of a new plant-based meal deal has also proved a success.

Brits have also bought 15 per cent more low or no alcohol beer, cider, wine and spirits than they did a year ago thanks to Dry January.

The supermarket says the launch of its largest ever vegan meal deal has helped demand for its Wicked Kitchen plant-based range more than double during Veganuary.

Wicked Kitchen was the first plant-based range to launch in partnership with a UK supermarket in 2018.

“In the last year we have concentrated on making the best quality plant-based food even more accessible for shoppers by lowering prices,” Tesco head of plant-based food innovation Derek Sarno said.

“The Wicked Kitchen Meal Deal, which is an amazing offer for folks that want to try plant-based for the first time, launched this Veganuary and is testament to that.

“The amount of choice these days is mouth-watering and almost every category within supermarkets now has plant-based options, making it easier than ever for those considering or switching to embracing more Meat-Free days of the week.

“We have introduced more brilliant meat-free alternatives to classic favourites such as our Moq au Vin version of Coq au Vin, a vegan BLT sandwich, a Kickin’ Cauli Katsu Curry and even our non-dairy Wicked Tiramisu.”

Meanwhile, Dry January at Tesco saw record demand for low and no alcohol beer as well as very strong demand for sparkling wine.

Demand for low and no alcohol beer and cider was at its strongest ever in Dry January with sales up by nearly 30 per cent on the same event last year. And demand for sparkling wine soared by more than 40 per cent on the previous year.

Tesco Category Buying Manager for Beer and Cider Marianne Aitken said: “Interestingly, this year it was low and no beer and cider which saw the highest demand – a reversal on Dry January 2021 when wine and spirit alternatives were the most popular.

“Those high sales were encouraged by the huge popularity of Lucky Saint craft lager and also the exclusive listing of Corona Cero at our stores.” 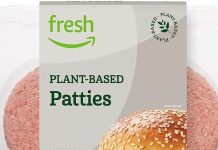 Amazon rolls out plant-based range for its Fresh brand 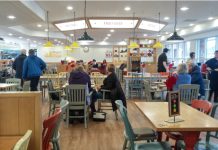