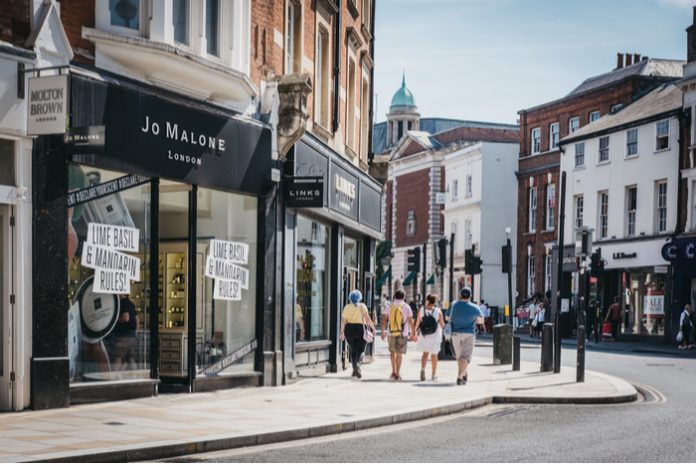 // Footfall continues to recover, but still not at 2019 levels

// The figures comes from the Ipsos Retail Traffic Index (RTI)

Footfall remained fairly buoyant in the week up to April 24 and was down only 12.8% compared to 2019 in the non-food sector.

The figures comes from the Ipsos Retail Traffic Index (RTI), which also found that towns are continuing to outperform city centres by as much as 2.8 percentage points.

Ipsos said that as well as the 12.8% drop compared to the same week in 2019, against the previous week this year, retail footfall rose as much as 14.3%.

The best-performing region was Northern England where store visits were down by 10.6% against 2019, while in London and the Southeast the figure was an 11.7% drop, which isn’t bad given that it also came with a 15.5% increase week on week.