Zara has threatened legal action against an independent fashion boutique, which it claims is an “identical brand”.

Darlington-based House of Zana is facing legal action from Zara, which said the brand is “conceptually identical”.

House of Zana founder Amber Kotrri has been told by lawyers to change its name and branding.

READ MORE: Zara owner to hike prices as it grapples with inflation

Kotrri received a notice of opposition from Zara when she tried to trademark the name House of Zana, followed by a letter from lawyers that argued the boutique was “confusingly similar” for customers.

The letter also said the name House of Zana “dilutes the distinctiveness and reputation of the Zara brand”.

Kotrri was asked to rename her business and remove all existing branding, but she refused.

The final hearing to decide whether she can keep the name House of Zana is due to take place next month.

Zara’s owner Inditex said it had opposed Kotrri’s trademark application “because of its similarity to Zara’s brand name”.

Charlotte Duly, partner at law firm Charles Russell Speechlys said: “Everyone loves a David and Goliath battle, and the public often take the side of the smaller party as no one likes to see a multinational bully.

“However, Zara is within its rights to protect and enforce its intellectual property. Ms Kotrri’s business may be small at the moment but that may not always be the case. The key part of Kotrri’s mark is arguably Zana which is similar to Zara. Her trade mark application is for a logo and the font used makes it difficult to immediately see if the name is Zana or Zara.

“In cases like this, where the opponent has at least an arguable case, there seems to be merit in reaching settlement and having control over the timing of any rebrand or other amendments that may be required.” 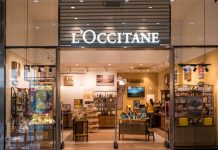 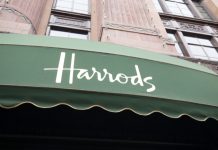 Harrods still selling Russian vodka from under the counter