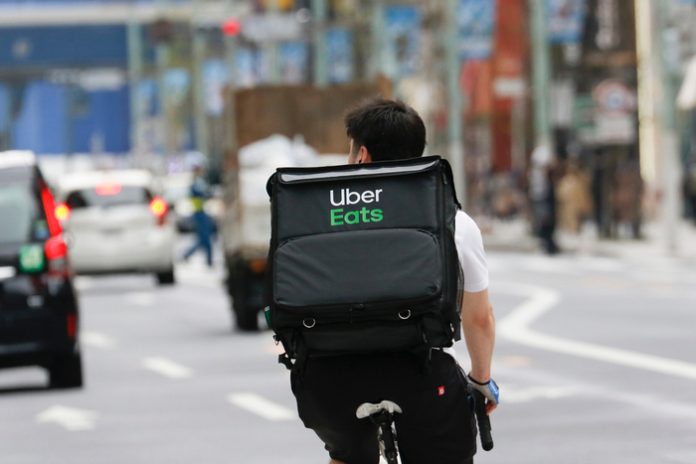 Tesco offers groceries on-demand via its own Whoosh service alongside its partnership with speedy delivery firm Gorillas.

Whoosh launched in May 2021 and allows customers to order online or via the Tesco or Clubcard apps and have their purchases delivered within an hour.

The service has already expanded it to 200 Express Stores across the UK and Tesco CEO Ken Murphy plans to roll it out to at least 600 Tesco stores by the end of next year.

Earlier this month, Tesco teamed up with Uber to bolster its Whoosh rapid delivery service.

The partnership means that couriers that use the Uber Eats app will fulfil Whoosh orders placed on Tesco.com or Tesco’s apps.

The tie-up is set to go live in 20 stores across the country in Edinburgh, Bradford, Portsmouth, Norwich, St Albans and Letchworth.

Whoosh is delivered by courier company Stuart by bike, moped or car.

Currently, most Whoosh orders are are picked from shelves by Tesco staff, however, Murphy said earlier this year the “sweet spot”, was when Whoosh could leverage Tesco’s urban fulfilment centres (UFCs) “because you can capture an order and process it through a UFC in seven minutes”.

“So all of a sudden you could be offering a much larger shopping trip in a much shorter timeframe than we currently do,” Murphy said.

Tesco is also working with on-demand grocery firm Gorillas, which operates by establishing dark stores in the back of superstores from which they deliver goods on e-bikes.

The grocer began trials with Gorillas in its Thornton Heath and Lewisham branches last October, however, extended the scheme to its Manchester Extra store earlier this year.

Grocery on-demand fits into Tesco’s priority of being “the most convenient retailer”.

Murphy said last month: “That means serving customers wherever, whenever and however they want. No matter where our customers live, or how they shop.”

Despite Tesco’s expansion of grocery on-demand, Murphy admitted last year that he is still “unsure” how the retailer would generate money from them.

“It’s a hot market right now. It appears to be attracting a lot of money and investment, as well as a lot of attention.

As recently as last month, the grocer flagged that it was “curious” about the future of rapid delivery, and whether shoppers would be willing to pay a premium for delivery from a local convenience store “in a world where restrictions have been lifted and customers are seeking value”.

However, Murphy said: “We think the mission is here to stay and we think it’s a mission that needs to be served by Tesco.”

Despite this Roberts revealed last month that its on-demand brings the grocer the same sales as just two of its supermarkets.

Roberts says: “It’s built through the course of the year but it in total terms the size of our on-demand business is a bit more than the equivalent of two of our supermarkets.”

Chop Chop, which allows shoppers to order up to 25 items in 60 minutes, was expanded across 350 stores in October last year.

Roberts insists he is pleased with how Chop Chop is performing. “It’s a good way of using our convenience stores to fulfil those missions,” he says.

The grocer also sells on demand via Deliveroo and Uber Eats, offering 20 minute deliveries at 500 stores.

Roberts admits he is waiting to see if growth in grocery on-demand stabilises as behaviour starts to normalise as the public adapt to living with Covid.

Morrisons joined forces with Deliveroo during the early stages of the pandemic, to capitalise on the people avoiding busy stores. Customers can have their groceries delivered in as little as 30 minutes with 70 essential items.

The grocer has gone a step further and was a launch parter for Deliveroo’s Hop service, which delivers groceries in as little as 10 minutes, in September last year.

Morrisons CEO David Potts said at the time it had a “strong and growing partnership” with Deliveroo.

“The rapid delivery grocery sector is developing quickly and is highly valued by customers”, he said.

Which is why Potts is not stopping there. In March, it partners with US-based rapid grocery delivery firm Gopuff to offer door-to-door delivery in a matter of minutes.

The deal, spanning a number of years, allows Gopuff to sell Morrisons products through its app in more than 20 cities across the UK.

Morrisons essentially acts as a wholesaler to Gopuff, which operates out of a number of dark stores.

Potts said: “Gopuff is an acknowledged leader and innovator in rapid delivery and this partnership will enable us to deliver a very strong range of Morrisons fresh food and customer favourites to front doors across the UK in a matter of minutes.”

The Co-op offers grocery on-demand via its own website and Deliveroo.

Via the retailer’s own website, shoppers can order groceries for either home delivery or collection from their local store. 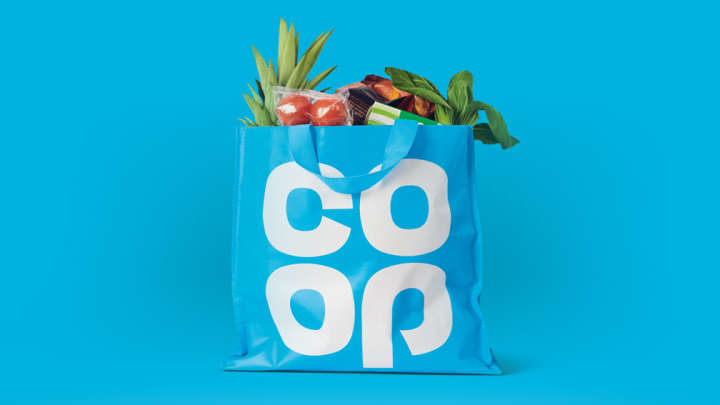 While the timeslots do vary, customers can hope to have their shopping at their door 1 to 2 hours after they initially placed their order.

Co-op is also available on Deliveroo, meaning shoppers can have their groceries delivered to their doorsteps in as little as 30 minutes.

At the beginning of this year, Waitrose and Deliveroo unveiled their partnership in a bid to offer rapid grocery delivery. Deliveroo customers can order Waitrose products to be delivered in 20 minutes or under from over 220 locations across the country, which works out at more than a third of the retailer’s store locations.

The tie up is bringing new customers to Waitrose with almost a third of its Deliveroo orders coming from people who have never shopped there before.

The retailer is also trialling Deliveroo Hop, which brings groceries to customers’ doors in as little as ten minutes, in Bermondsey, South London.

After opening its Wembley-based Swift convenience store in March, Iceland now offers delivery from the shop via Uber Eats in as little as 10 minutes.

Last May, Iceland launched same-day scheduled delivery across the UK and since then the supermarket has teamed up with Uber Eats, offering 20-minute delivery on hundreds of items in store across the UK.

Customers can now access 2,500 products on the Uber Eats app, and Iceland is expanding the tie up to further stores.

Iceland Foods trading director Andrew Staniland said: “There was no question in cementing our partnership with UberEats with an exclusivity deal. Iceland is committed to delivering a wide range of everyday essentials as well as big brand products at great value.

“Finding solutions to make their lives easier is key and this partnership does just that.”

Last June, Asda teamed up with Uber Eats to launch an ‘Express Delivery’ service which offers delivery from its full online range of over 30,000 products in an hour.

Shoppers can order up to 70 items and have them delivered within an hour, or buy an unlimited basket which can be delivered with a four-hour window, Asda said.

In October last year, Asda said it was extending its partnership with Uber Eats from 200 to more than 300 stores, with 500 products including fruit, vegetables, beer, wine and spirits and meals for rapid delivery.

But the cost for each delivery will be £8.50 regardless of how many items are ordered.

In a surprising move, Aldi ended its grocery delivery partnership with Deliveroo in January this year in an effort to focus on its own home shopping service.

Around 130 of Aldi’s 950 UK stores offered grocery orders and home deliveries through Deliveroo.

“We have decided to end our trial with Deliveroo to focus on our click-and-collect service, which remains on offer at more than 200 of our stores nationwide,” Aldi said.

Lidl does not offer grocery on-demand in the UK but it does in Ireland.

It works with Buymie to offer same-day delivery in 750,000 households across Ireland.