Continuing its focus on representing diversity, the retailer has released shots of Jilly Johnson to be used in the Reger by Janet Reger Christmas campaign, aimed at highlighting the fact that women of all ages can look good in lingerie.

Over 30 years ago, Johnson was the first ever model cast by the Janet Reger label and her latest campaign is part of the retailer‘s commitment to pioneering diversity on the high street.

“I have known Jilly since I was a little girl when I admired her as one of the models for the Janet Reger label,” said Aliza Reger, the daughter of Janet Reger, who now runs the business.

“It is fantastic to demonstrate to the Reger customer that you can look and feel fabulous in beautiful lingerie no matter what your age.”

Last week, the group rolled out its service for the blind, providing personal shopping for blind and visually impaired customers, while disabled models have previously been used in advertising campaigns.

In September last year, the retailer became the first in the UK to target a fashion campaign at women over 40. Addressing discrimination and prejudice against older women in fashion, ‘The Style List‘ range used imagery featuring women in their 40s, 50s and 60s.

Michelle Dowdall, spokesperson for Debenhams, explained that using models that customers can relate to has received a hugely positive reaction.

“We are committed to using a variety of models, which are a variety of shapes, sizes and ages in our photography,” she added.

“Our customers are buying into a lifestyle which they feel is representative of themselves, their own tastes and of similar ages.” 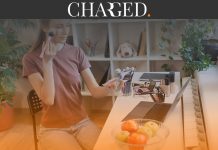 Marks & Spencer said to be considering an offer for Jaeger...