Alliance Boots, Tesco and Marks & Spencer were among retailers which again criticised the business rates system when they gave evidence to the Select Committee for the Department for Business, Innovation and Skills yesterday.

Speaking on the state of the high street, Sir Phillip Green, the proprietor of Topshop owner Arcadia called for a rates freeze and a “rates holiday” for small shop owners. Sir Philip, who was hired as a Government adviser in 2010, said that the Government should consider giving small businesses a rates holiday or allowing small shop owners who pay annual rates of between £20,000 and £50,000 to pay a nominal sum.

He said: “Small shops cannot afford to trade. They need a bit of help.”

Alex Gourlay, chief executive of Alliance Boots health and beauty division, said rebalancing the costs of retailing offers a “real opportunity for the Government to act” on protecting the high street.

A report by accountants PricewaterhouseCoopers shows that the tax burden on Britain‘s leading retailers has increased 65pc since 2005, driven by an 80pc increase in tax outside of corporation tax.

Commenting on today‘s session, Peter Chapman, head of rating and compensation, Cluttons, said: “As the evidence given today demonstrates, retailers up and down the country are united in their frustration and are crying out for rate relief. The government cannot ignore this and must listen to their pleas and at the very least switch the uniform business rate annual uplift from RPI to the lower CPI figure.”

He added: “A level-playing field must also be created with a tax for e-retailers, whose operational costs are significantly lower, if the high street is to continue to compete.” 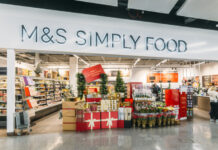