Following the news that Kate Middleton‘s fuchsia family portrait dress sold out in stores all over Britain within 24 hours, a new survey has found that over a third of British mums would like the Duchess to design or collaborate on a line of clothing.

Just 24 hours after the photo was released worldwide, royal fans flocked to buy the £46 Seraphine Maternity dress as the positive Royal Baby effect on retailers continued.

Mark Haviland, MD at Rakuten Marketing commented: “This is an exciting time for the Prince and Princess, and thanks to them, it is for the baby wear and fashion industry as well. Kate Middleton is already a style icon for women around the world and as celebrity mums continue to inspire shoppers, the online channel will become increasingly powerful for marketers.

Seraphine‘s annual turnover is expected to rise from £5.2 million to above £8 million by the next financial year.

The study also found that over half of British mums would buy designer clothes for a baby or child under 10 yrs old, while a quarter of mums admit they feel pressure to keep up with friends‘ stylish tots in the trend stakes. 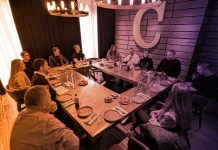 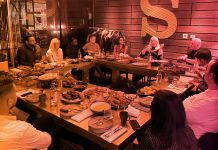