Now we have the Grimsey Review, is it a question of the Queen is dead, long live the King of Shops?

Last week Mary Portas defended herself in a meeting with the select committee for the Department for Communities and Local Government at the same time as Bill Grimsey, former chief executive of Wickes and Iceland, published his ‘alternative review‘ of the high street. Mary Portas said that she had received “a bashing” for her effort to save the UK high street and this has come not only from the select committee and the press but also now from Bill Grimsey.

It is easy to knock Mary Portas. Quite rightly, she says that the Portas Review was not her proposal but a Government initiative, but she did put her name to it and little has changed on the high street as a consequence in the 12 months since the report was published. In spite of the Portas Pilots (and these should not be discounted as a lost cause because Bill Grimsey is taking this concept to the next level with the proposed Town Centre Commissions), the Portas Review developed a number of worthy recommendations and we should not simply dismiss them all just because someone new has come along.

Mary Portas has to a large extent paved the way for Bill Grimsey‘s Review. Further, in many of their respective recommendations they are not at odds. Indeed in many areas there is either an overlap or Grimsey‘s proposals are developments of those proposed by Portas.

The Portas Review touched on business rate change being needed, but Grimsey has gone much further. The British Property Federation (BPF) has backed the Grimsey Review‘s call to reintroduce the 2015 business rates revaluation to realign property values, freeze business rates from 2014 and agree that any future increases should be on an annualised CPI rate rather than a one-month snapshot.

It is understandable that the BPF has identified these recommendations but Bill Grimsey‘s big idea, and the one he espoused on Radio 4 last week, is the compulsory levy on national chains with a turnover of more than £10m. This is a one off levy of 0.25 per cent of one year‘s sales (2014) which would be paid into a local economic development fund to sponsor local start-up businesses.

One can see how this would play well with the media but there are a number of issues that need to be resolved before this has any reality of working in practice: ”¢ there is nothing the Review that references this recommendation or provides any data to support it (unlike, by way of comparison, the data to support recommendation 7, the reintroduction of the 2015 business rates revaluation)

”¢ why would national retail and leisure chains have any inclination to support this? Savvy customers are moving to lower margin methods of shopping (home delivery, click n collect) and the big four supermarkets are being squeezed at both the value and the premium end of their business, so there is little scope for payments designed to benefit others in this way

”¢ this levy is not a new idea. The concept of Business Improvement Districts (BIDs), defined areas within towns where businesses pay an additional tax to fund projects within the district‘s boundaries, was introduced in the UK in 2004. There are already many retail-focused BIDs operating, enabling retailers to know that the levy raised goes on improving the locality in which they trade

”¢ the levy is expressed to work on sales and not profit – so it would include a number of large retailers that are themselves struggling. In addition, unless retailers are asked to estimate 2014 turnover, this means waiting until the end of 2014 before figures are known, assuming Government legislates now. On this basis, the recommendation won‘t produce an immediate benefit and help 20,000 businesses that Bill Grimsey says are at risk 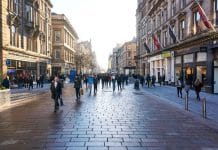 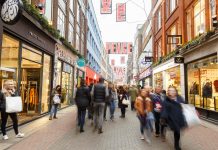 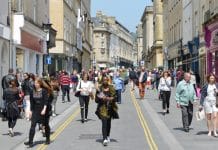 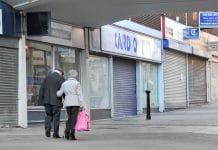 MPs launch inquiry into health of the high street