Following 20 years in the fashion footwear industry, Burrows saw a gap for footwear that was both stylish and comfortable. Leaving Aldo 12 months ago, Burrows dedicated herself to developing the Air & Grace brand, made up of shoes at a starting price of £150. Burrows‘ entrepreneurial vision for Air & Grace has resulted in the development and implementation of the pioneering Tender Loving Air ® design, which has already secured Air & Grace a range of accolades, including the Winner of the 2014 Worth Retail Foundation Prize – a search for the UK‘s best new brands and Smarta‘s ‘One to Watch 2015‘. The praise has resulted in investment from Seedrs as well as additional backing and mentoring from Worth Retail judge and CEO of Mind Candy, Michael Acton Smith (OBE).

Said Burrows: “Air & Grace is the culmination of everything I‘ve learnt from my time heading up footwear for international brands. I always said the aim was to create shoes that feel as good as they look”

S/S 2015 will see even more from Air & Grace. A premium collaboration with cult womenswear brand Teatum Jones is currently in development for London Fashion Week 2015, alongside the re-release of Air & Grace‘s ballet pump line, which has a waiting list of over 150 names.

Air & Grace is currently stocked in the Kith & Kin conscious luxury pop up shop in Chelsea from now to mid March as well as the Women‘s Society Boutique in Hertford. 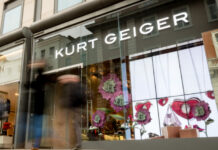 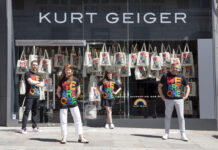 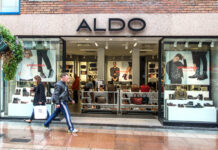