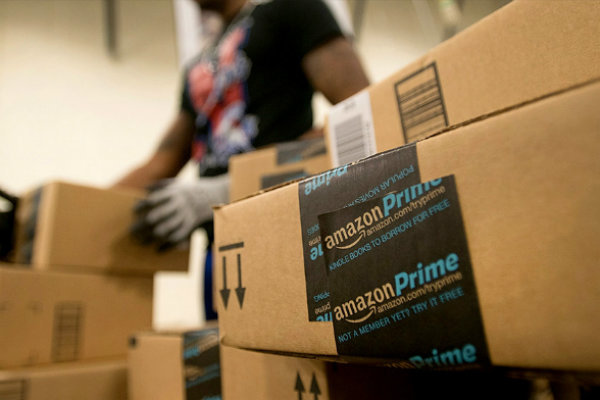 Amazon recorded its largest ever quarterly profit over the holiday quarter and it was the first time the e-commerce giant has reported three consecutive profitable quarters since 2012.

Although the etailer missed analysts‘ estimates by margins, total revenue growth was at a stellar 22% during its final quarter and the company comfortably passed the £100bn sales mark.

Amazon has been investing in several new initiatives for its Prime members, including one-hour delivery service Prime Now, as it continues to dominate the e-commerce market. According to estimates by Conlumnio, the company was responsible for 22.6% of all online retail spend in the US over the final quarter of the year.

Amazon‘s conscious strategy to re-invest large chunks of its reveue into generating future growth is clearly working. It makes retail life much more challenging for traditional players such as Walmart ,which are much more constrained in terms of the degree to which they can erode profitability in order to boost their own online operations.

Once again, Prime has also proved to be an important way of locking in customer loyalty. This is important because while Amazon is still a destination of choice for many online shoppers, it faces increasing levels of competition from both traditional retailers moving more aggressively into e-commerce and from new online startups.

“Creating an ecosystem of services and benefits, which include free delivery and access to special discounts and promotions, keeps Amazon top of mind by making it an integrated part of consumers‘ lives,” comments Neil Saunders, CEO of Retail Consultancy. “Arguably it also gives the company a whole host of ways in which it can increase its share of wallet from consumers, including via the sale of digital content and services.”

“The warning for other retailers is that even as it passes the $100bn milestone, Amazon is still only getting started,” he added.

Online sales in the UK grew by 20% last year