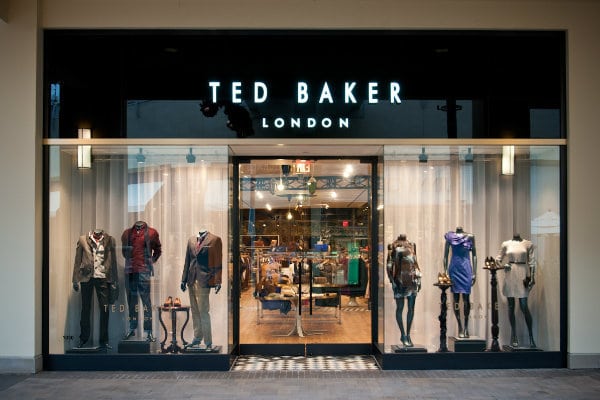 Ted Baker was not so affected by the mild weather that has hurt other fashion retailers.

In the eight weeks to 9 January, the lifestyle brand grew retail sales by 10%, with healthy online sales up 39.1%.

“We always do our sales after Christmas,” explained Kelvin on Wednesday morning. “We’ve never felt the need to take part in Black Friday and we never will. Firms should concentrate on improving their brand across the year,” he said.

The chain grew selling space worldwide by 7.5% in the period. The company is still predominantly focused on the domestic market and Europe, but has been growing quickly overseas. Stores have been popping up consistently across Asia, the Middle East, Europe and the US.

Kelvin said trading in Hong Kong has been stunted due to issues around Chinese visa, which are holding back the number of visitors to Hong Kong from the mainland.

“Commitment to quality, design and attention to detail underpins everything we do, as well as the talent, passion and ‘Tedication‘ of our team,” he added.

The British chain‘s decision to opt out of the Black Friday weekend mirrors that of upmarket retailer Jigsaw.

The boss of Jigsaw, former John Lewis veteran Peter Ruis, cited strong trading as a testament to the move not to discount on Black Friday and focus on quality products instead. Discounts at Jigsaw were not offered until Christmas Eve.

“Discounting across the industry has gone completely wrong, customers no longer understand the value of a product if for 18 weeks out of 26 weeks there is a promotion,” Ruis said in the trading update last week.

In riposte to other retailers‘ excuses around unseasonable weather conditions affecting stock, Ruis said “Britain has had a warm winter for the last four or five years, you can‘t complain – you just have to get on with it. But knowing trading might be weaker makes it all the more barmy to participate in Black Friday”.