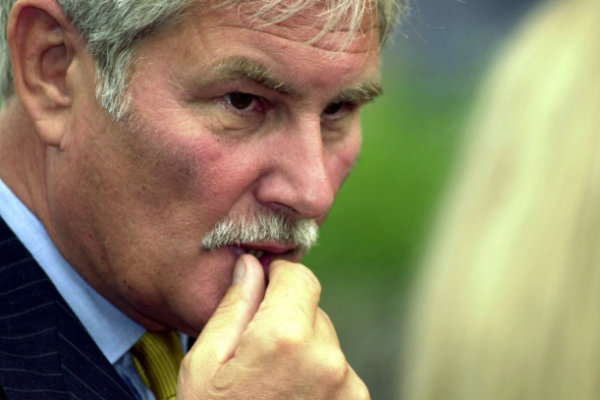 The Chairman of Sports Direct has defied calls for him to step down, saying the retailer‘s problems with the City are largely cosmetic.

Keith Hellawell, former Chief Constable of West Yorkshire, has attracted criticism from investors for his management of Sports Direct, most notably the company‘s plunging reputation for treatment of workers and its expulsion from the FTSE 100. With founder Mike Ashley‘s stake in the business resting at 55%, it has troublesome for shareholders to make their voices heard.

“Yes, I do [think I‘m going to stay as chairman]… That is the plan, yes,” Hellawell said in an interview with The Guardian. “I think there are a number of issues we are looking at in relation to the way in which we relate to the City – our investor relations certainly need to be improved. The issues in relation to corporate governance are very often overstated and they relate to the time we have been without a finance director, which we are resolving.”

At this point, Sports Direct has been without a finance director for two years; a constant niggling issue with shareholders. Many investors have pressed for changes in the executive team at Sports Direct.

“In view of the continued failure of [Sports Direct‘s] remuneration committee to address our concerns and in view of some wider concerns about the governance of the company, we voted against the re-election of the chairman, the senior independent director and the chairman of the remuneration committee [at the last annual general meeting in September] to emphasise the importance we attach to these matters,” said Standard Life, a Sports Direct shareholder, in its annual report.

“Keith Hellawell needs to consider his position,” said Steve Turner, Assistant General Secretary of the Unite Union, leader of a campaign to change the treatment of Sports Direct‘s workers. “On his watch Sports Direct has become the poster boy for bad British business with a reputation for shady corporate governance and draconian working practices.

The ex FTSE 100 business needs to heed the message being delivered by the City with a fundamental rethink of its corporate structures and the way it treats its workforce. Otherwise investors will continue to turn their backs on a company that brings with it a stench of abuse and malpractice.”

“He reported to the last board on the work that was being done and he‘ll report to the next board on further developments,” Hellawell continued.

“We meet quite frequently. I think the next scheduled board – we‘re going to meet within the next three or four weeks.”