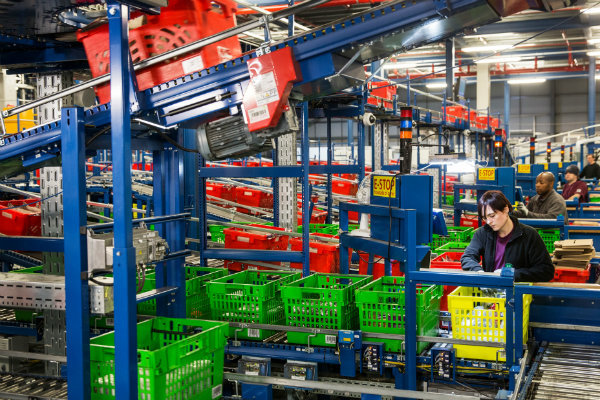 Ocado is close to securing a deal to commercialise its IoT automated warehouse technology.

The etailer has become known for the use of automated, IoT connected technology in organising and preparing deliveries. Over 1,000 smart ‘bots‘ currently operate in Ocado‘s Andover warehouse, navigating rails over the thousands of crates containing Ocado‘s stock before delivering collected orders to human staff.

“There‘s a huge technology iceberg underneath the surface and we build almost all of it; we buy almost nothing,” said Director of Technology at Ocado Paul Clark, speaking to V3.

It has long been Ocado‘s ambition to export this hardware to chains overseas, and the time could finally be approaching as it is reportedly close to finalising a deal with the US supermarket chain Publix. This would officially give Ocado the right to not only call itself a grocery etailer, but a technology company.

The potential buyer has 1,115 outlets across six states, and has been attempting to branch out into online groceries for a number of years. With revenues in excess of $32bn, the deal is potentially lucrative for Ocado.

Ocado‘s eventual foray into America has been long been anticipated. On Monday 4 April it emerged that it had hired the logistics company, Mace, to advise it on the matter. Speculation continues about whether Ocado has similar ambitions for European markets in the near future.

Though the deal with Publix may seem close to completion, there is no indication that Ocado will make its technology exclusive to a single partner.

“There is no hold-up [in signing a deal],” said Ocado CFO Duncan Tatton Brown in March. “Our plan is to sign up multiple partners in the medium term. This is not a race, this is a long-term game.”