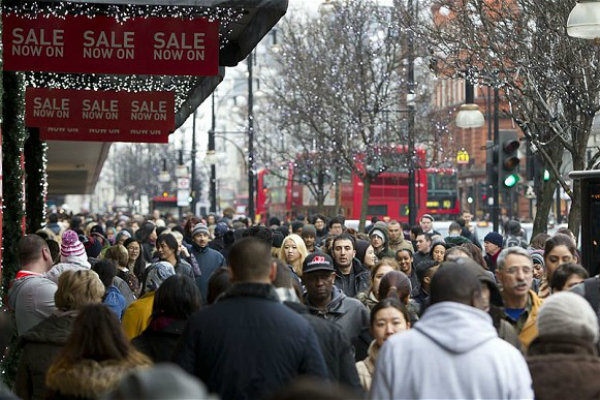 Figures from the British Retail Consortium (BRC) revealed a 0.7% decrease in like-for-like sales in March, compared to a year earlier. However, the analytics agency clarified saying that figures this year had been distorted by this year‘s Easter break, which took place in March, though underlying retail growth remained poor.

“This slowdown can‘t be viewed in isolation; retail is an industry undergoing significant structural change as the investment in the digital offer continues apace while, from a consumer perspective, more disposable income is being spend on leisure and entertainment,” said BRC Chief Executive Helen Dickinson.

Leisure and entertainment expenditure are not taken into account when calculating retail expenditure.

“Earlier Easters are not always good for the fashion industry as consumers are put off purchases of lighter fashions and footwear in cooler temperatures and this was certainly the case this year,” said David McCorquodale, Head of Retail at KPMG.

“However, furniture and home accessories benefitted from consumers taking on home improvement projects over the long weekend while the ‘Mother‘s Day effect‘ boosted sales of jewellery and watches.”

Conversely, data from Volo Commerce indicates that consumers took their money online instead of the high street.  Compared to March 2015, online retailers saw a 111% increase in sales processed through their own websites this Easter weekend. Sales processed by Amazon jumped 25% over the weekend, whilst eBay sales grew 7%.

The most popular online category was toys and games, which saw a 50% rise in sales. Electronics and technology also proved popular, enjoying a 25% rise compared to the same point last year. Fashion and clothing sales were relatively unimpressive online as well as off, with only 12% growth.