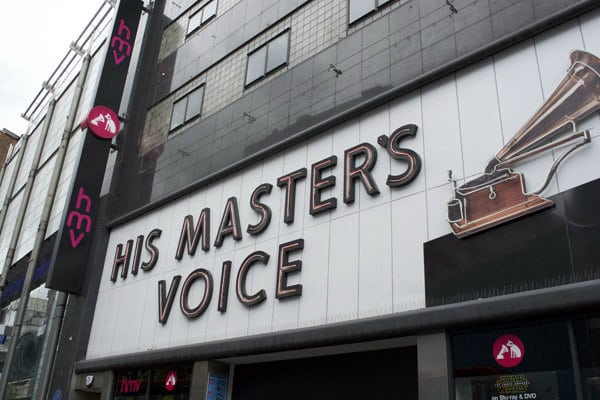 Physical stores are taking customers back from e-retailers in the physical entertainment sector.

The latest figures from Kantar Worldpanel found that in the 12 weeks to 10 April 2016, high street and grocery stores accounted for 69.8% of sales, compared to 67.5% the previous year.

Relatively speaking music was the best performing category in physical entertainment, with growth at an unhealthy yet mild -1%, compared to -8% for games and -6% for video.

Seemingly defying general movement in retail, consumers in physical entertainment are putting a lot of value in more traditional formats. One in four music customers only buy CDs, while 77% of game purchases were still made in stores, the highest share stores have held in the sector in 5 years. This is despite the growth of online markets operated by game-console developers and consistently popular online marketplaces such as Amazon and Steam. According to Kantar, this is most likely because gamers are still investing in newer consoles, which the majority prefer to purchase in stores.

The trend continued with multichannel retailers such as Tesco and HMV. The Big Four supermarket chain saw better performance in store than online for gaming, and even manged to take share from specialist stores, though GAME remains the top choice. HMV also performed well; better in fact than it has done at any time since entering administration in 2013.

A number of significant events provided temporary ‘booms‘, such as the release of Spectre for DVD, Blu-Ray and download. The death of David Bowie in January increased the popularity of his work, bringing Black Star and Best of Bowie into the top five albums for the quarter.