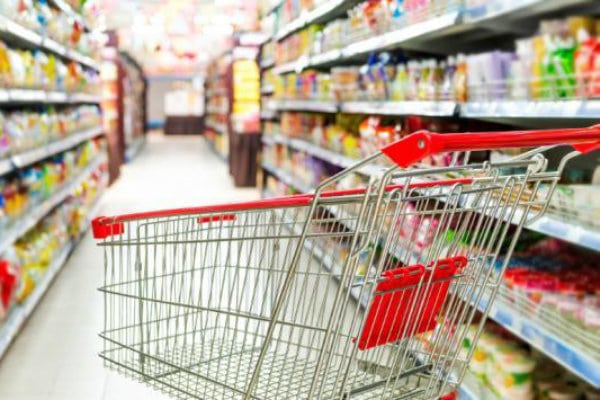 The latest figures released by Kantar Worldpanel research group has shown that the UK‘s grocery market share has slipped into decline for the first time since January.

However, German supermarket chains Aldi and Lidl achieved a record high of 10.5 per cent combined market share, each holding 4.4 and 6.1 per cent of the market respectively.

According to Kantar figures, supermarket sales in the UK slid by 0.2 per cent for the 12 weeks to June 19, while like-for-like grocery prices declined by 1.4 per cent compared to the same period last year.

This means 58 per cent of British people visited one of the two retailers in that 12 week period, with Lidl increasing sales by 13.8 per cent and Aldi by 11.5 per cent compared to a year ago.

Kantar‘s head of retail and consumer insight Fraser McKevitt said the general decline in the market was “a continuation of the slow supermarket sector growth dating back to summer 2014, primarily a result of cheaper everyday groceries brought about by a retailer price war”.

He observed overall sales at Tesco had dropped by 1.3 per cent, Morrisons fell by 2.4 per cent, Sainsbury‘s dipped 1.4 per cent, while at Asda was down by 5.9 per cent.

However, McKevitt highlighted it had been “a good period for small retailers”. He said Co-op‘s growth of two per cent was a product of the success from its recent revival, while at Waitrose, the small but increasing sales of its premium Waitrose 1 brand helped the retailer grow by 1.3 per cent.

McKevitt said Waitrose also now “has an unbroken period of growth dating back to 2009 – the best run of any retailer outside of the discounters”.

“While these latest figures predate the EU referendum result, the immediate economic uncertainty is unlikely to cause a substantial fall in grocery volumes, as demonstrated by the 2008 financial crisis when basic food, drinks and household sales proved resilient,” he added.

“With an estimated 40% of the food we consume sourced from overseas, any long term change in exchange rates may threaten the current period of cheaper groceries.

”Historically, higher prices have led to consumers looking for less expensive alternatives such as own-label products, seeking out brands on promotion or visiting cheaper retailers.”

Hundreds of jobs at risk as Toys R Us proposes UK...