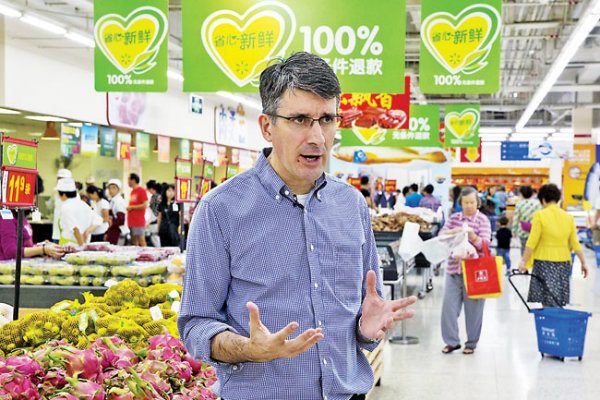 Asda owner Walmart is finalising plans to appoint its China Boss Sean Clarke as Asda’s next Chief Executive, according to Sky News.

The announcement is likely to come as a surprise to the British retail industry and Andy Clarke, the current Asda CEO, who were expecting Asda’s Chief Operating Officer Roger Burnley to  take the role.

In a recent interview, Clarke referred to Burnley as a “great colleage” and a “great leader” to succeed him at the helm of Britain’s third biggest grocer. It is now unclear whether Clarke is aware of Walmart’s latest decision about his successor.

The current  China Boss worked at Asda in the early part of his career as Commercial Finance Director before moving onto roles in Canada, Germany and Japan. Following this, Clarke was relocated to China where he initially held the role of Walmart’s Chief Operating Officer for the country, and was later promoted to President and Chief Executive of the 400 store estate.

While the restructuring remains unclear, sourced indicated to Sky News on Sunday that an announcement could be made as early as this week.

If Clarke is named the UK’s new CEO, he will face a significant task in leading Asda’s turnaround business and continuing increased competition with the Big Four and discount retailers.

Asda’s current  Boss is working on a revamp strategy named Project Reset which is set to improve store formats, services and availability and price competitiveness.