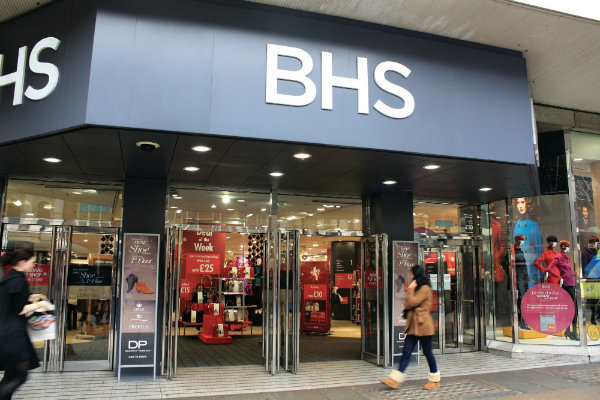 The war of words between Sir Philip Green and Frank Field MP has escalated as the fallout of the BHS collapse continued over the weekend.

Field –  who co-led the joint parliamentary inquiry that investigated the demise of BHS in his capacity as works and pensions committee chairman – insisted that Green was “evil” towards employees of the former department store and hoped to discuss the affair with the Serious Fraud Office (SFO) and Pensions Regulator this week.

The senior MP made the comments after Green – who owned BHS from 2000 to 2015 as part of his Arcadia Group retail empire – accused him and the joint committees for creating a “kangaroo court” against him.

“The idea that it is a kangaroo court, it is just displacement therapy for him – facing up to the evil that he has done in destroying BHS, workers’ jobs, and pension fund liabilities, and a need now for him to do something about it, which is write that big cheque,” Field told the BBC.

Last week, a 60-page report on the high street icon‘s collapse – which contains the findings of the joint inquiry by Field‘s work and pensions committee and the business, innovation and skills committee – said a string of leadership failures from Green and recent owner Dominic Chappell led to BHS‘ downfall and the £571 million black hole left behind in its pension fund.

Field said he wanted to talk about the sale of BHS to Chappell for £1 with the head of the SFO.

“At this stage, the real progress will come from two fronts – the Pensions Regulator or the Serious Fraud Office,” the Labour MP said.

“And I also hope… to meet the head of the Serious Fraud Office to look about the creation of Dominic Chappell as a serious figure, this triple bankruptee, money moving about.

“Who was moving that money about? Why were they trying to create that image? Was any law broken?”

Field added: “If in fact he is dragging his heels, I’m sure the select committee will actually, working with the Pensions Regulator, ask Sir Philip Green to reappear before them and explain what he means by ‘fixing it’, when actually nothing has been done.”

Last week, Green – whose knighthood is also under review as a result of the BHS scandal – wrote a letter to Field and the committees insisting he had not broken any laws and accusing him of creating a “false narrative”.

“Even before the parliamentary inquiry started hearing from witnesses, you turned it into little more than a kangaroo court, with your constant press campaign barracking and insulting me and my family and your announcement from day one that the predetermined result of the inquiry was that I either sign a large cheque or lose my knighthood,” Green wrote.

“Much as you would love to, you cannot point to any rules or laws that I have broken. Because I ha