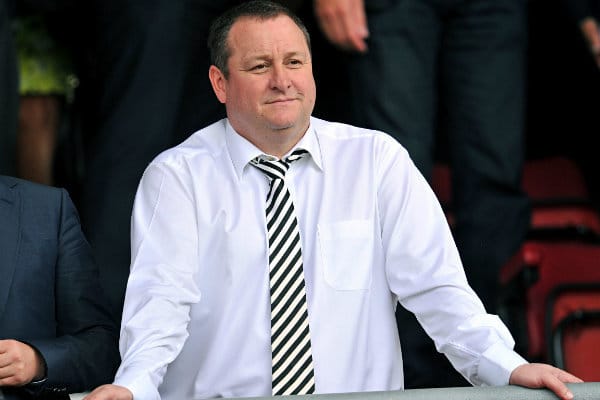 Sports Direct chief executive Mike Ashley is bracing for a showdown with shareholders and unions next week when he opens the retailer’s factory doors to the public as part of moves to address the controversy shrouding the company.

The embattled billionaire has faced criticism from both the public and shareholder groups over corporate governance and working practices at Sports Direct in the run-up to Wednesday’s annual general meeting (AGM).

There are calls to overhaul its board of directors and launch an immediate independent review into working conditions at its factories.

Ashley was recently brought in to be questioned by MPs in the wake revelations that hundreds of his staff were being paid below the national minimum wage – both in Sports Direct shops and the retailer‘s warehouse in Shirebrook.

Ashley said staff were not paid during security searches at the end of their shift, meaning they took home less than the minimum amount required by law.

Union group Unite then accused Ashley that his staff were subject to “Victorian” working practices and lived in constant fear of losing their job. They also allegedly faced disciplinary action for “excessive” talking or spending too long in the toilet.

Ashley said an internal review shed light on these “issues”, with the whole investigation set to be published early next week.

Ashley has also said that the purpose of opening the Shirebrook warehouse to the public was to “enable the board to engage with as many people as possible in an open discussion about the business”.

Despite this, several shareholders and investor groups have spoken out ahead of the AGM and questioned Ashley‘s influence in the company – he owns 55 per cent of the group and is deputy executive chairman.

Sports Direct has promised to carry out an external evaluation of its board of directors.