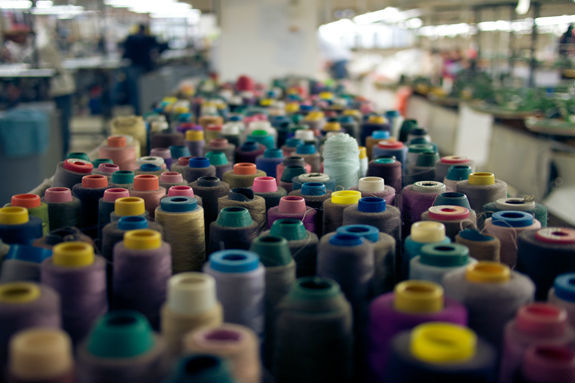 Teenagers who have fled the civil war in Syria have been found making clothes for various British fashion retailers in Turkey, a BBC investigation is set to reveal.

According to a BBC Panorama episode that will broadcast tonight, refugees as young as 15 were reportedly found working on clothes for Marks & Spencer and online retailer ASOS.

The investigation is also expected to reveal how the Syrian teenagers working at the M&S factory were being paid well below the Turkish minimum wage of £1 per hour cash-in-hand.

Some were also found to be working more than 12 hours a day.

In an Istanbul workshop where several Syrian children worked, an ASOS sample was found in the office.

Panorama said another factory employed Syrian adult refugees and Turkish children as young as 10, with the owner saying he had been working for Next and showed reporters a set of Next pyjamas he said the factory produced.

Meanwhile, another workshop had refugees illegally working on Zara and Mango jeans by distressing them – spraying hazardous bleaching chemicals without face mask protection.

According to Panorama, most of the refugees did not have work permits and were working illegally in the garment industry.

All of the retailers told the programme they carefully monitored their supply chains in Turkey and do not tolerate the exploitation of refugees or children.

M&S said its inspections have not found any Syrian refugees working in its supply chain in Turkey but said the BBC investigation was “extremely serious” and “unacceptable”.

“Ethical trading is fundamental to M&S. All of our suppliers are contractually required to comply with our Global Sourcing Principles, which cover what we expect and require of them and their treatment of workers,” the department store said.

“We do not tolerate such breaches of these principles and we will do all we can to ensure that this does not happen again.”

M&S also promised permanent legal employment to any Syrians who were employed in the factory.

Meanwhile, Asos accepted its clothes were made in the Istanbul workshop Panorama discovered, but said it was not an approved factory and promised to financially support the workers found there.

Mango believes the factory shown in the investigation is an indirect supplier, and that the company and factory which it normally uses in Turkey might have subcontracted or used it without Mango ´s knowledge.

Next said pyjamas were made by another supplier and those seen by Panorama may have been a sample.