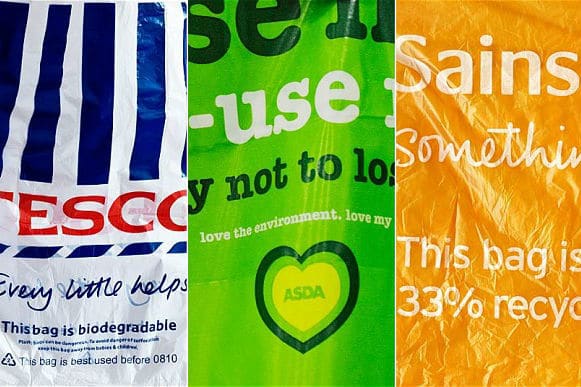 New results from Kantar Worldpanel and Nielsen have revealed that the Big 4 are fighting back against discount retailers.

In the 12 weeks to November 6, Tesco grew its sales by 2.2 per cent according to Kantar.

This is ahead of overall supermarket sales and the highest rate of growth in three years, showing shoppers are undeterred by the recent scandals embroiling the grocery retailer. This is attributed to strong sales in its own-branded goods.

Sainsbury‘s sales declined slightly by 0.7 per cent, dropping its market share 0.3 per cent to 16.3 per cent.

Other Big 4 members Asda and Morrisons also posted overall sales declines of five per cent and 2.4 per cent respectively, yet both posted boosts in sales of their premium own-brand ranges.

Iceland recorded a surprising success story, outperforming its bigger rivals. It posted a sales growth of 8.3 per cent reaping the benefits from its broader range of items and style revamp.

READ MORE: Tesco revealed to take over three months to pay its suppliers

“Tesco‘s 2.2 per cent growth is a considerable improvement on the numbers it was delivering this time last year, and indeed in 2014,” Kantar‘s head of retail Fraser McKevitt said.

“Much of Tesco‘s growth has come from more affluent shoppers returning to the store, and average spend per trip is up by 2.1 per cent to £20.69.

Meanwhile, discounters struggled to maintain their levels of growth. Nielsen reported that in the 12 weeks to November 5 Aldi and Lidl posted the worst levels of growth in five years.

Consequently, the combined figure across the two discounters is the lowest since the end of 2011. However, their current growth still far outstrips the 1.4 per cent rate across the overall UK grocery market.

“It‘s inevitable that a time would come when the discounters experienced a slowing growth rate, and three factors have combined to see this happen,” Nielsen‘s UK head of retailer insight Mike Watkins said.

“Firstly, the growth rates a year ago were particularly high due to a period of new store openings, so it‘s always harder to maintain growth against that.

“Secondly, the supermarkets have had more time to alter strategies to fend off the discounters, particularly Tesco whose recovery continues apace – its 2.3 per cent growth was the strongest in over three years.

“Driven by Halloween and Bonfire Night, the week-ending 5 November was particularly strong for the major supermarkets, with money taken at the checkout up 2.7 per cent and volumes up 1.9 per cent on last year.”

Overall, Kantar Worldpanel revealed that deflation in the grocery sector was still at 0.5 per cent, but warns prices are likely to rise in the coming months.

McKevitt said: “We‘re likely to see prices starting to creep up again in December, unless retailers choose Christmas to unleash a new round of price cuts.

“Although it‘s tempting to link any potential price increases to Brexit and the devaluation of sterling, it‘s worth remembering that deflation has been easing since December last year,