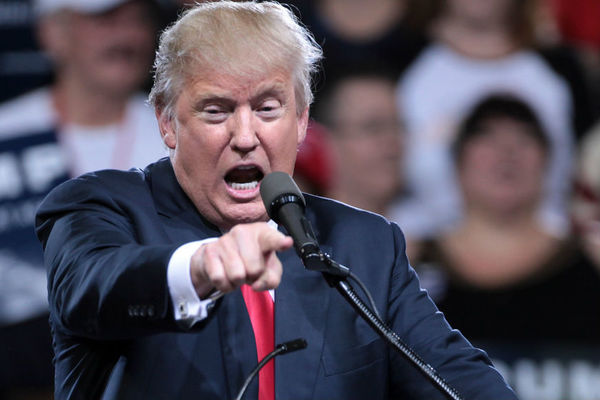 This year has dealt another shake-up to the status quo, as Donald Trump made the leap from political laughing stock to the president-elect of the most powerful office in the world.

In what many Americans are dubbing “America‘s Brexit”, the country is going through many similar transitions.

In a campaign that was similarly divisive to that of Brexit, the US presidential election result has also caused rifts within the country.

One thousand leading CEOs penned a letter to Trump, stating “American families, businesses and our communities cannot truly prosper and reach their full potential in a country that is divided and distrustful”.

The US is a very important partner of UK businesses, especially in retail, taking around 12 per cent of UK exports.

The UK is also the largest foreign investor in the US and its retail sector is influenced by the US economy which, until now, has been quite stable.

With Brexit cutting many important trade relationships, the UK’s most important trade and political partner could now either be a lifeline asset or a liability as signs point towards isolationism.

“The immediate aftermath of Trump‘s election is sure to be chaos, not just in the US but across the globe, as the world adjusts to this new divisive and incredibly powerful leader,” Sellick Partnership managing director Jo Sellick commented.

“Thanks to our special relationship with the US, we must take the result incredibly seriously in the UK and decide whether we really want to be so closely associated with our friends across the pond moving forward.

“UK business leaders will most likely join me in their concern for the future relationship between the UK and US, especially those involved in trade deals between the two nations.

“Employees will require reassurance at a time when the economy here and overseas is expected to falter, and business owners should make contingency plans in the event of another crash.”

This widely-touted special relationship was discredited under Obama, who told the UK that after Brexit we would be at “the back of the queue” for trade, consistently making it clear the UK was no more valuable as a trading partner to the UK than any other country.

Trump on the other hand has been vocal in celebrating this relationship.

“You would certainly not be at the back of the queue, that I can tell you,” he once said.

Downing Street later confirmed: “The US-UK relationship was very important and very special and that building on this would be a priority for them both.

“President-elect Trump set out his close and personal connections with, and warmth for, the UK. He said he was confident that the special relationship would go from strength to strength.”

This would seemingly suggest that trade between nations would remain strong, which is good news for retailers.

However, he has been vocal about his opposition to free trade and his imminent introduction of tariffs on imports discouraging Americans from UK purchases.

Despite this, due to the controversial nature of the presidential race, which for the first time focused almost completely on personality rather than policy, it is entirely unclear where Trump stands on many policies.

“It‘s more a case of stoicism among dollar watchers – who are so far gripped by paralysis rather than panic.”

Economists are largely in agreement that his protectionist policies will likely lead to inflation. Much like Brexit, the dollar has been thrown into uncertainty since the election results.

“Knee-jerk falls against other major currencies were soon reversed, and against both the euro and the pound the dollar is back to where it was when the polls opened.

“In part this is down to the pound having lost its safe haven status. Right now, many see swapping dollars for sterling as jumping from the frying pan into the fire.

“But it‘s more a case of stoicism among dollar watchers – who are so far gripped by paralysis rather than panic.”

A fall in the dollar could actually help UK retailers, as a weaker dollar compared to low yielding currencies could help the sterling find solid ground, alleviating concerns of exponential inflation.

Capital Economics didn‘t change its forecast for UK growth following the US election result, predicting 1.5 per cent growth in 2017 and 2.5 per cent in 2018.

Should Trump’s policies and possible wild behavior send the dollar on a familiar downward trend, our retail sector may well benefit.

The most significant parallel between America‘s Brexit and the UK’s own is that there is no way to predict what will happen as both countries and their respective economies venture into unexplored territory.