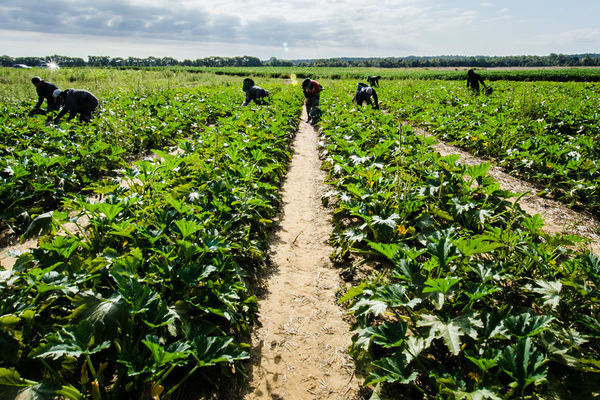 Major supermarkets and manufacturers have issued a stark warning via an open letter stating food prices will rise if EU immigrants are stopped from working.

An open letter published in The Guardian major retail bodies such as the British Retail Consortium, which represents the country‘s leading retailers, and major UK suppliers like Unliver and Premier Foods, gave their signatures to the letter.

Addressed to the government, the 30-signature letter says that EU workers provide “an essential reservoir of skilled, semi-skilled and unskilled labour.”

“Workers from the European Union, some of whom are already leaving the UK, play a significant role in delivering affordable and high-quality food and drink.”

The letter goes on to propose that if a points-based system was implemented, allowing workers with a certain set of skills entry to the UK, that food and drink supply chain should be on par with financial services. If this worker shortage is not met, it states there will be “less food choice and higher food prices”.

According to employment agencies the UK‘s food industry is facing a disastrous labour shortage as workers leave following Brexit. The letter urges the government to offer reassurances to EU workers who are leaving the country due to uncertainty over their future UK rights.

Temporary labour in the food and drink industry consists of 90 per cent EU workers, and according to the Association of Labour Providers applications in the sector have dropped by 70 per cent since the referendum.

Many workers are not coming to the UK because, since the slump in the value of the sterling, money sent home is worth far less than it was. This in turn will create greater inflation as labour shortages add to prices, making the cost of living another factor in deterring workers.

Inflation has already begun to seep into the high street, despite the ongoing price war between the Big 4 hoping to allay Brexit fears. Many Unilever products are now more expensive since the referendum, brought to the public‘s attention recently when Tesco refused to pay the increased prices.